The public are encouraged to share their 'lockdown' experiences in Villajoyosa 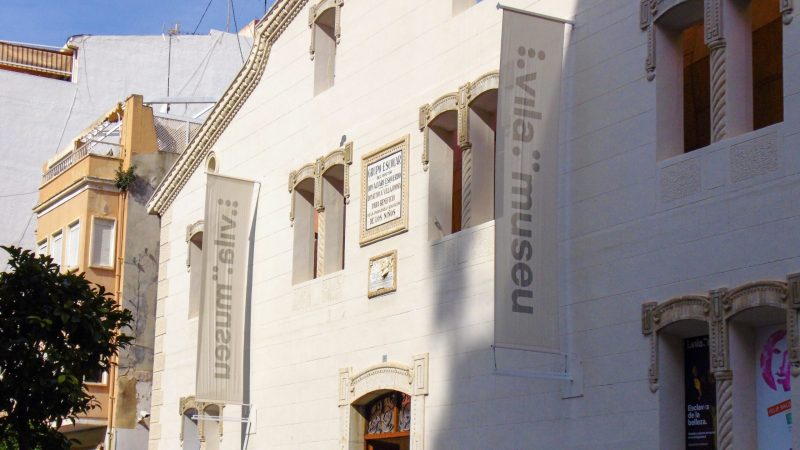 BEING forced to close as part of the nationwide ‘state of alert’ measures to combat the spread of COVID19 has prompted Villajoyosa museum to take an alternative approach to showing off its historical assets.
The Vilamuseu team launched a series of initiative in Spanish and English, on Friday, March 13, which involve virtual tours, a radio programme and a public participation campaign to create a kind of time capsule of experiences.
The first project consists of uploading a piece every day to the museum’s Facebook and Instagram accounts.
The team selects the best historical pieces to showcase and encourage the public to share their views.
Head of the Municipal Service of Historical Heritage and Museum, Antonio Espinosa, said: “Vilamuseu has received a warm response the initiative, Facebook has already had a reach of more than 40,000 people and more than 1,500 reactions in the first four days, which makes it worthwhile.”
In addition, as of Monday, March 16, a daily audible tour can be enjoyed via Onda Cero Marina Baixa.
Councillor for Historical Heritage, Xente Sebastià, said: “Museums have an obligation to take advantage of technology to continue being a cultural media at the service of society. In this way, they fulfil a double function of disseminating heritage and providing entertainment for the duration of the quarantine.”
Virtual visits to different areas within the museum such as warehouses, laboratories, work areas, as well as curious details about the exhibitions will be offered two or three times a week, as long as staff are available to make the recordings.
And lastly, a campaign of ‘public participation’ has also been launched to preserve the history of these moments in a ‘state of alarm’, as “intangible heritage”.
The museum team is asking the public to send a short audio, photo or video message to Vilamuseu’s whatsapp on 628 993 175, explaining how you are getting through the quarantine, what is happening and what message you would like to convey.
A spokesperson said: “This testimony will remain as a historical document so that everything passes and everything remains (like the poem by Antonio Machado).”