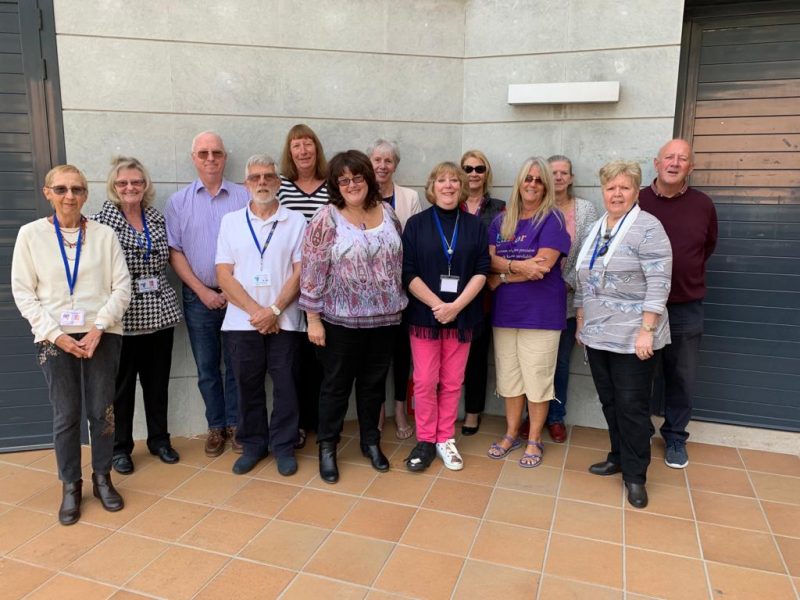 THE Goodwill Team at the Vall del Pop U3A, has pledged to continue its leading efforts to raise money for local charities once the current coronavirus restrictions are lifted.

The group organises events such as cake sales, raffles, beetle drives and treasure hunts, to generate funds for worthy causes.

These funds are then distributed in December to the charities voted for by the members. Last year, which was the first year for the Goodwill Team, €1,600 was raised and distributed to six local charities, Jalon Valley Help, ARC, SCAN, AFA Alzheimer Unit, Red Cross and Gandia Men’s Hostal.

This year they have already raised €900 and, coronavirus permitting, they have several events organised to raise more funds. Once the present restrictions are lifted the Team will restart their fund-raising efforts.

In an endeavour to increase the range of local charities which can be supported, the Goodwill Team is arranging for various local charities to make presentations to the members at the monthly General Assembly.

At the March AGA, there was a presentation from Joyce Glenn on behalf of Cancer Care Javea, who have been raising funds [more than €1 million to date] to support research, hospitals, patient care and individuals in the fight against cancer in all its forms, and whose generous donations were recognised by the Javea mayor at their 20th anniversary.

Their vision is to provide a nursing team, led by their own Lead Care Nurse, to offer help and support to cancer sufferers and their families and to help with communications between patients and local hospitals at all stages of diagnosis and treatment.

A well-deserving charity worthy of the VdP U3A support.

In addition to these fund-raising efforts the team also organised a collection of goods for Caritas, which at the March AGA was presented to their representative.

A VdP U3A spokesperson said: “Thank you to all members for their generous support to our Goodwill Team in their on-going efforts to raise funds for local charities.

“The U3A is all about enjoyment and learning, and this is particularly evident in the U3A Vall del Pop, whose members hold their General Assembly generally, fiestas and holidays permitting, on the first Thursday of each month at the Centre Polivalent in Murla, and have a diverse range of more than 30 groups for the interest of the members.”

For further information on U3A Vall del Pop check out the website www.u3avalldelpop.com