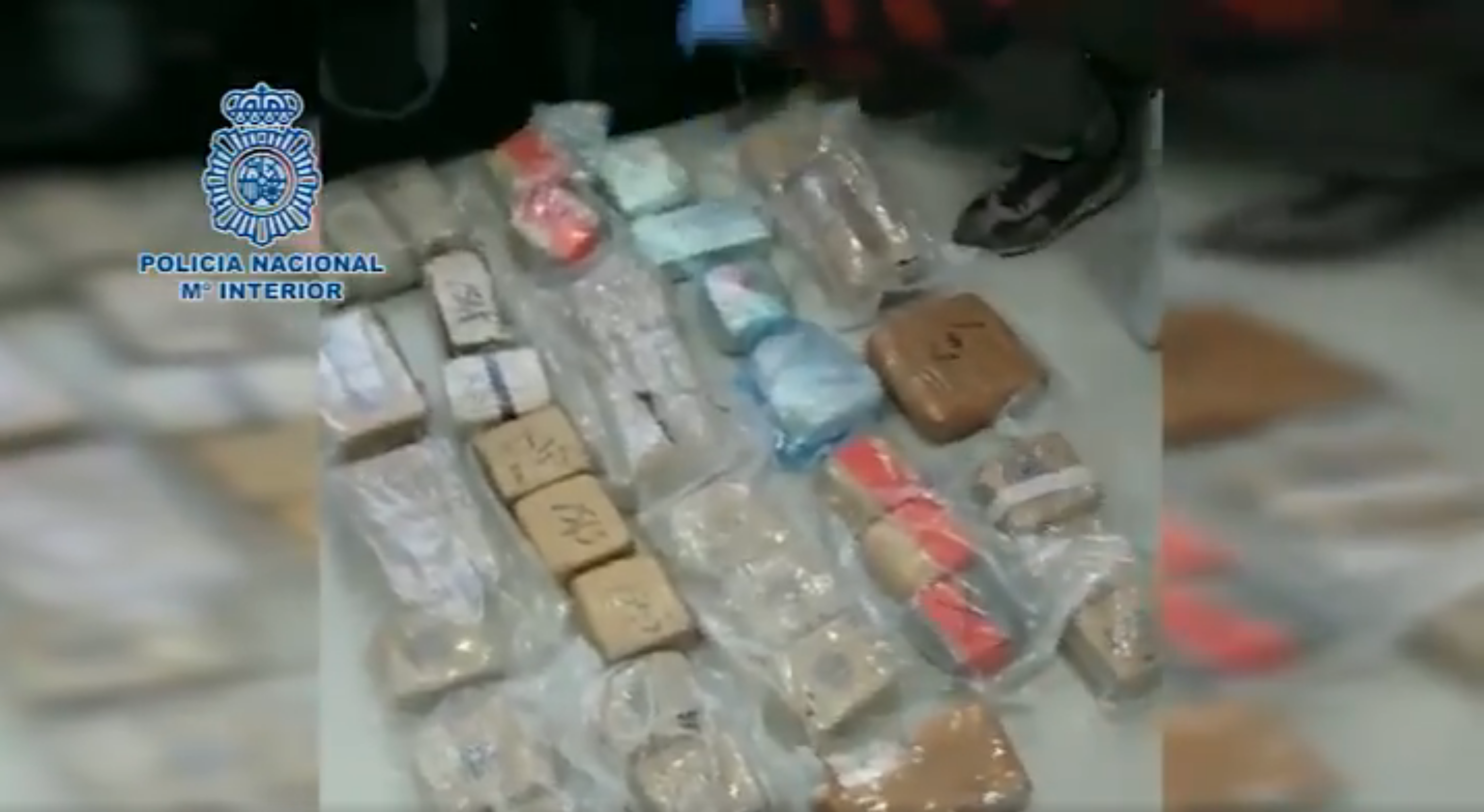 Four arrests have been made, including one of Spain’s biggest heroin distributors.

The National Police in Marbella have intervened with a shipment of around 27 kilos of heroin in an operation which has led to the arrest of one of the biggest heroin distributors in Spain. Another three arrests were made, as individuals travelled to Malaga to pick up the drug shipment and transport it back to Galicia and distribute the product. The heroin was distributed amongst different packets and was hidden in the boot of a van.

The investigation began when specialised drug unit agents found a Turkish citizen residing in Malaga who allegedly dedicated himself to distributing heroin throughout the country. Police conducted an investigation and intervened when they deduced that the individual was preparing himself to conduct a major drug deal.

After various days of surveillance, the agents observed how he contacted two males, who had rented a van the day before in Galicia and were on the way to Marbella. After a brief conversation, the three men went to an undisclosed location where they exchanged large bags and left their separate ways. The police began to follow the van which presumedly carried the heroin and intervened.

Agents identified and arrested the three individuals when they confirmed that the van was indeed full of heroin. They also had another vehicle which was to act as a watchdog, driving a few kilometres before the drug van to ensure there were no police controls. A few days later, Police arrested the Turkish man who had supplied them with the drugs, one of the biggest heroin suppliers in Spain. When they searched his home in Marbella they found more that 45,000 euros in cash.

This article is sponsored by Golden Leaves International[/caption]
This article was brought to you by Glexpatservices
Planning ahead.
A pre-paid funeral plan is the easy way to arrange and pay for your funeral in advance, whilst protecting your loved ones and knowing that at least some of the stress can be avoided.
If you do have any worries or concerns or need immediate help or assistance during this uncertain time please do call us on our emergency contact number 800 098 309 or 603531417 for immediate assistance. Best wishes and keep safe – The Golden Leaves Team
http://www.goldenleavesinternational.com