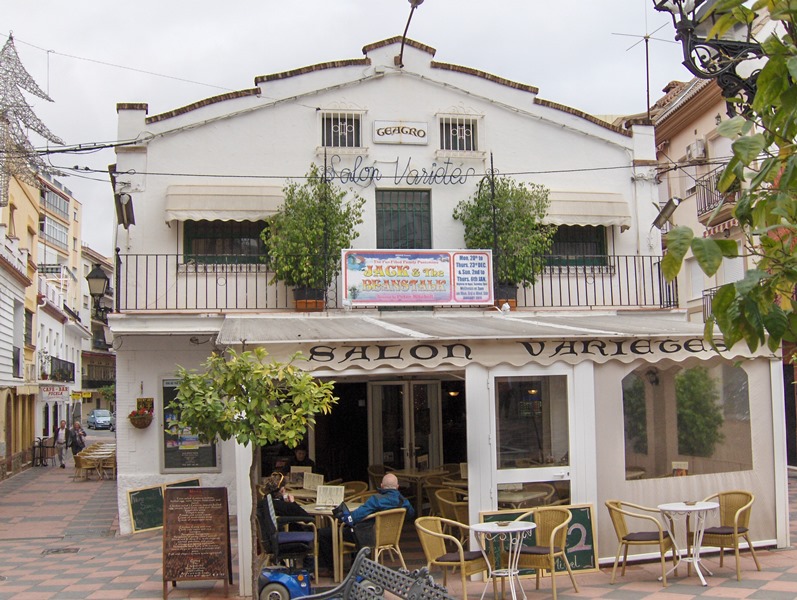 AS the theatres in in the West End of London go dark, spare a thought closer to home for audiences and performers at Salon Varietes in Fuengirola as their annual blockbuster musical, this year Evita has had to be postponed.

In conversation with Euro Weekly News, a spokesman explained that the whole cast was very disappointed as just a week away from curtain up and about to start technical rehearsals, the decision had to be made, in accordance with the State of Alarm to suspend the programme.

They did however completely understand and fully supported the decision. Ricky Lavazza in particular was upset because he has cherished the part of Che for some time, but he too is stoical about it and determined to accommodate the show into any future schedule.

The mood of the cast is now one of togetherness and a determination to put on a brilliant show once the new date is announced. The set is virtually complete and the cast are all keeping up with their lines and dance routines while at home.

As things stand they naturally have no idea when they will be able to resume, but are prepared for an emotional first rehearsal and expect the eventual opening night of the show (and indeed all of them) to be very special.

Many people have held on to their tickets as Evita is very popular and the word is out that this is going to be a high quality production.

The Salon Varietes Theatre, Evita director Peter Mitchell and all the cast and crew wanted to not only thank everyone for their understanding and continued support but to wish them well at this time of national crisis.