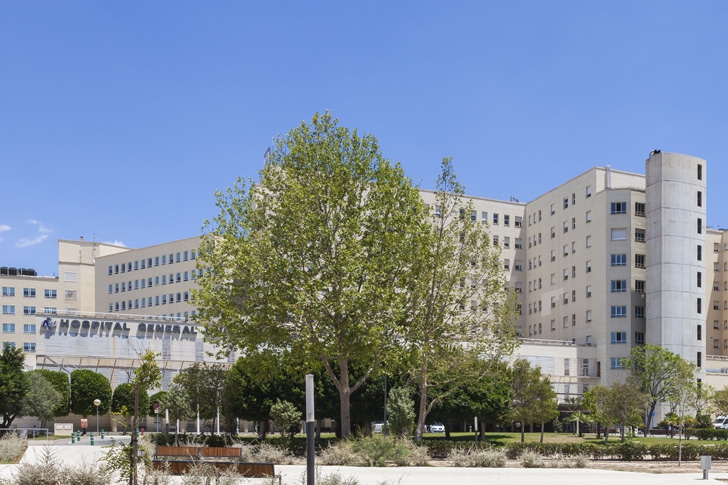 IELD HOSPITAL: The pressure is on to complete new field hospital near to the General as death toll continues to rise. Alicante General Hospital. Credit: Diego Delso/Wikipedia

ELEVEN coronavirus deaths have been reported in the Alicante province in the last few hours, bringing the total to 61, and 115 in the Valencian Community as a whole.

The number of people infected with COVID19 in the Community has risen to 2,167 with the addition of 266 new positive cases. Some 917 patients are being treated in ICU.
Regional Minister of Health, Ana Barceló, said in a press conference that of the 266 new cases, 223 are in the province of Valencia, 25 in the province of Alicante and 18 in the province of Castellón.
It was pointed out that 414 of the infected are health professionals, while 37 patients have been discharged.
Of the 115 fatalities, 61 are in the province of Alicante, 46 in Valencia and eight in the province of Castellon, while of the 161 patients admitted to the ICU, there are 94 (Valencia), 47 (Alicante) and 20 in Castellon.
As reported by EWN, the Generalitat has commited to creating new field hospitals in the community within the next three weeks, to deal with the influx of patients. A round the clock team is currently preparing a site in Alicante which will provide an extra 400 beds close to the General Hospital.
A further two will be built in Valencia and Castellon, and all will be equipped with an isolation unit, quarantine zone and bathrooms. They are being constructed in separate sections linked by tunnels so that they are completely isolated from the outside.
Once completed, the field hospitals will add 1,100 new beds to the Valencian Community health service. It is hoped half of these beds will be available within the next 15 days.