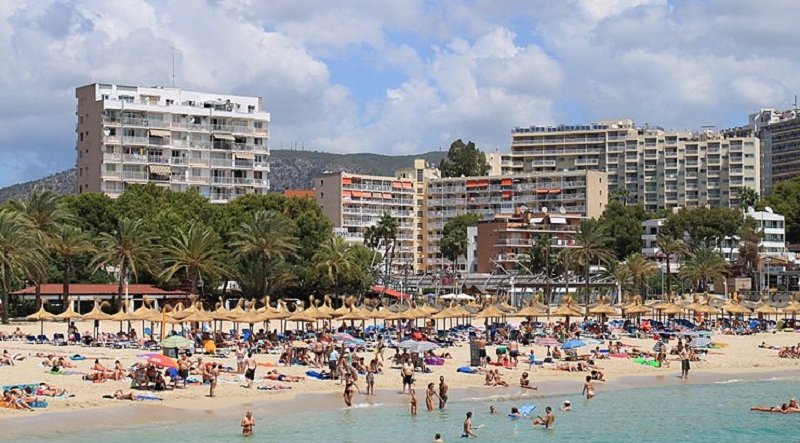 THE coronavirus State of Alarm restrictions on movement and the national government enforced closure of hotels and other businesses has led to dire predictions on enormous losses for the tourism sector in the Balearic Islands.
Fundacio Impulsa Balears technical director Antoni Riera has put the figure at a staggering €1.8 billion overall for the March to May period, pointing out this represents “a fifth part of annual activity” for hotels.
Riera based the number on an analysis of National Institute of Statistics figures for hotel income and visitor spending during their stays in the Balearics for the same quarter last year. The aim was to get a clear idea of what the financial impact will be of keeping the islands’ hotel doors firmly shut, along with those of restaurants, bars, shops and other businesses.
The economist estimated a loss of 11.5 million overnight stays, representing a €466.4 million gap in income related to hotel accommodation and translating into 15.6 per cent of the annual balance.
In terms of total tourist spending, he said the restrictions on the entrance of visitors to the islands would have a €3,240 million repercussion.
Also to be taken into account is the profits travellers generate for airlines, travel agents, and so on.
Last March average hotel occupation in the Balearics was just under 50 per cent. In Mallorca alone nearly 234,000 tourists arrived over the month, of which more than 175,000 were foreigners.
In April 2019, the month in which Easter fell, the islands registered a 17 per cent share of overnight hotel stays in Spain. There were 2.9 million overnight stays in Mallorca.