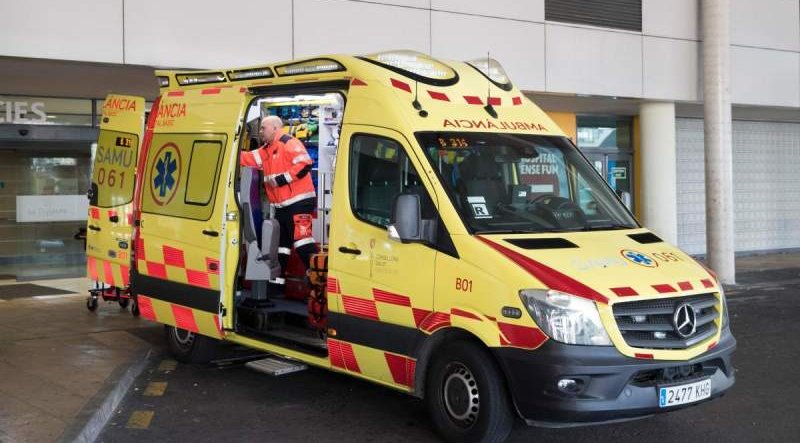 THE public of Fuengirola were frozen with fear this morning as an elderly man wearing a full breathe mask carrying his morning shop, dramatically dropped to the pavement and sprawled across the floor.

The public also out on dog walks and necessary trips out during lockdown regulations witnessed it but instead of going to assist the old man scarpered the scene and ran as fast as they could as the man writhed on the deck clutching his chest.

“The elderly Spanish man I see most mornings, he was walking in front of me by about 200 yards and his legs looked wobbly, all of a sudden he just dropped, he was nearer the shop than I was, as he dropped people were startled, nobody went to assist but ran in all directions with some leaping into cars and spinning off, the man was clutching his chest as he lay on the floor, nobody cared at all, clearly more interested in themselves as they legged it. I’m in my 70’s myself so as I approached I tied Anya my dog to the lamp post and flagged down a Local Policeman by jumping in the road, the officer told me to stand back as he called for assistance and an ambulance was quickly on the scene. They rushed out the ambulance with an oxygen bottle, removed the man’s mask and replaced it with an oxygen mask before taking him into the ambulance and going blues and two’s down the street. It was very surreal but all those people running must have been frightened to do that.”

Gary Adamson also witnessed it from his balcony on the Fuengirola sea front as he sat out with his morning coffee, Gary TV star from a C4’s New Life In The Sun said:

“I didn’t see the man fall but I heard a large commotion and people running past my balcony as fast as they could and others speeding off in cars, it was mental, one woman threw her small carrier bag of shopping to the floor as she fled, it was all over literally in seconds to the eye, men and women on hot foot, I then heard the sirens and wondered what the hell was going on, then I could see a police car and police officer crouching down assisting someone, I went down to the shop after the ambulance had gone and spoke to the lovely lady on the till who told me he’s a regular and said that he suffers with respiratory problems and is always short of breath, likely to be asthma and it’s not the first time he’s had an attack like that, what I can’t get over is how the public reacted.”