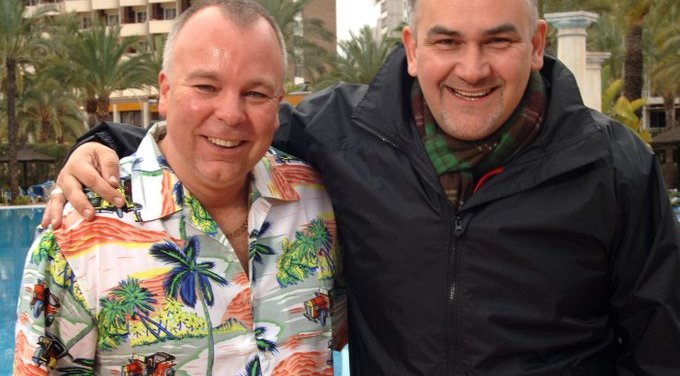 THE writer of hit TV show Benidorm teased Twitter fans with a ‘big announcement’ over the weekend before revealing he is quitting writing “for now” to open a bar in the popular Spanish resort.

The karaoke bar will be named after the ITV sitcom’s ‘ladies man waiter Mateo, and was due to open on April 10, but the coronavirus has made this impossible.

Derren Litten Tweeted on Saturday: “So, here’s my next move, my next project, at least the next couple of years or so of my life…..I hope to meet many of you for real, share a drink and sing a song in a time when all of this current madness is a distant memory.”

But he added in statement: “But the show must go on and even though we can’t even continue the work on the bar just now and we have no idea when we will open, open we will, at some point and as soon as I have a date I hope holidaymakers will visit Mateo’s.”

He said his bar will be kitted out with telelvision memorabilia, and visitors will be able to have their photograph taken with Mel’s thong, the original Neptune’s sign featured in every episode, and try The Masdge cocktail for themselves.

“We will have regular celebrity appearances including Mateo himself, Jake Canuso, and of course I’ll be there an awful lot, hosting the karaoke and chatting with the people who made the Benidorm TV series such a success, YOU,” said Derren, adding: “I can’t wait to meet you all, show you around and in some small way, help Benidorm get back on its feet”:

The post dashed to hopes of a Bendirom film, or even another series.
Derren went on to say on Saturday: “Many apologies to those who were expecting a TV show announcement this evening…it is hugely excting for me, but basically marks my semi-retirement from writing television comedy (cue wild applause from some quarters).”