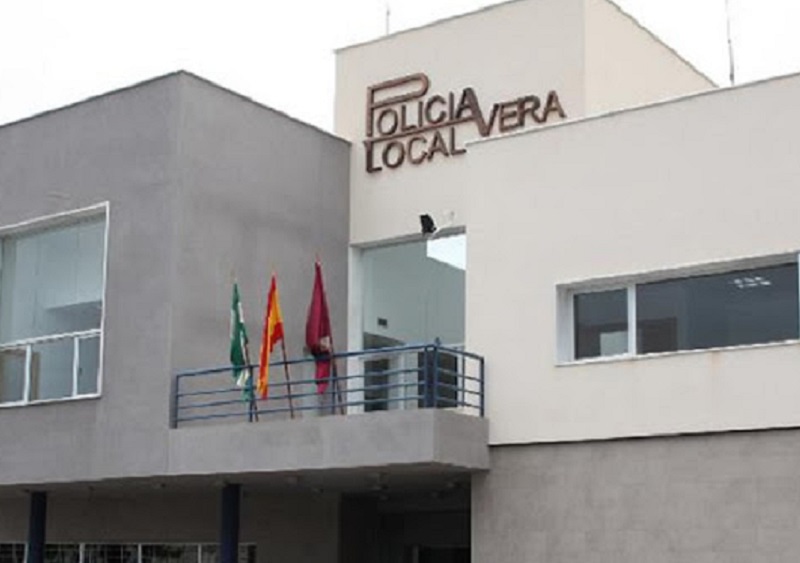 WHAT Vera Council described as the “risk of collapse” of the municipal Guardia Civil station means the force has had to shift in with Local Police, a move which the authority admits has not gone down well with all officers.
The move has, the local authority commented, caused a certain level of “unease” among Local Police officers given that it coincides with the current health crisis. But the council also insists it had been an unavoidable decision.
The administration said there is “serious structural damage” to the 60-year-old Guardia station building and that remaining there would have represented “an imminent threat” to officers as tests had established evacuation was a necessity.
The Guardia’s plan is to build a new station on a plot ceded by the local authority. In the meantime the force has provisionally set itself up at the Local Police base, because, Vera Public Safety councillor Alfonso Garcia maintained, the facilities are “the most suitable due to space, safety equipment and communications equipment.”
He appealed to officers to demonstrate the “solidarity and comradeship which the Local Police has always shown in an exceptional situation,” stressing that the move is “provisional” and only until the Guardia Civil finds a permanent location.
Vera Mayor Jose Carmelo Jorge Blanco has also commented on the situation.
“At this time we are all very alarmed about the expansion of the Covid-19 pandemic, but the council has taken into account all the safety and personal distancing measures in order to minimise the spread of infections,” he stressed.
According to the council the only nine-year-old Local Police station building is “currently underused.”
It affirms there is more than enough space for the five or six Local Police officers and six or seven Guardia Civil officers on duty at any one time, the more than 1,600sqm offering “sufficient guarantees for the health of all employees during the departures and arrivals of both forces’ different shifts.”
Jorge Blanco also made a point of highlighting that “Vera Local Police are a force of public servants, who like any other public sector worker can have their demands and claims, but obviously we cannot forget that the work of the Local Police is more complex and involves more sacrifice than that of other public workers.”
Equally the mayor stressed he recognised that the coronavirus crisis is putting great extra pressure on officers and how much he valued their work.
“Our Local Police are responding in an exemplary way to the extraordinary needs which have arisen, working without non-stop,” he said, thanking the officer for their “extra effort,” “great work” and “commitment.”