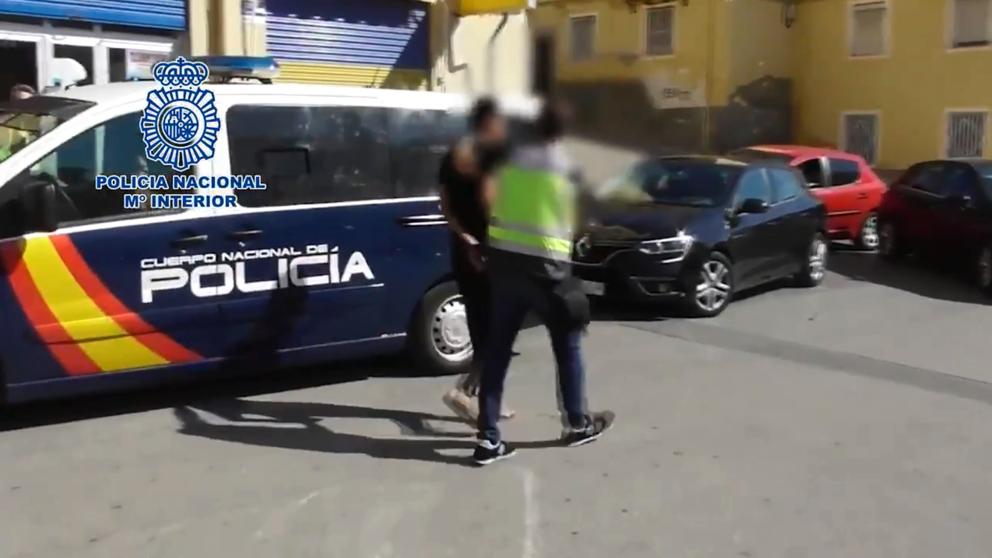 PLAIN clothed officers pounced on two suspects as they were about to scam an elderly ATM customer in Alicante, according to the National Police.

The two men, Algerian and French, aged 43 and 44, are suspected of carrying out 60 cashpoint scams across Spain, amounting to €50,000.

In a statement, the police said the detainees would watch their victims, predominantly elderly, as they withdrew cash from ATMs making a note of the PIN number, before ‘getting possession of the card’ by distraction or violence.

They would then make cash withdrawals until the card was deactivated or ran out of balance.

National Police said: “If they were not able to carelessly remove the card, they did not hesitate to use violence.”

Investigators are so far aware of 60 crimes committed in Alicante, Madrid, Valladolid, Albacete and Malaga, for which they think the pair are responsible for.

The investigation began at the beginning of the year following reports of this type of offence both in Alicante and other provinces.

A ‘special device’ was deployed around banks on March 25 to reinforce preventive measures within the framework of the Plan Mayor Seguridad, reinforced during the State of Alarm.

The device, in close collaboration with the private security departments of the main banks, focused on those branches where there might be a greater influx of elderly people collecting their pensions.

Officers from the National Police’s Citizen Participation Office have also been offering travel and security advice to senior citizen centres and associations to pass on to elderly residents.

However, during the State of Alarm, surveillance work was intensified to protect the elderly, with officers watching the main places of risk, such as banks.

It was during one such operation the two suspects were spotted near a bank and were intercepted “as they were about to carry out a criminal act” by a plainclothes police team.

They were both remanded to prison in Alicante.