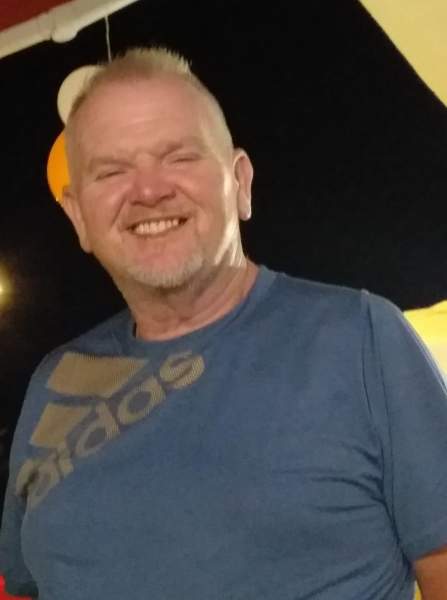 We reported several weeks ago how an unnamed bar owner at the time from Fuengirola was duped into carrying a passenger to the UK and was arrested at the French border.

The bar owner who we can now name as Andrew Bradshaw from Brads bar on the sea front in Torreblanca had offered a lift to a stranger simply for the benefit of sharing the driving, unfortunately for Bradshaw the passenger was carrying two suitcases of which one was full of cocaine.

The two men were apprehended at a standard check point procedure, where police set about inspecting the car on a routine inspection and as they inspected the boot, drug sniffing dogs became attracted to one of the suitcases and on opening to the total surprise of Bradshaw the passengers suitcase was full to the brim of cocaine.

The two men were immediately arrested and detained at separate police stations before being taken to separate jails to await trial.

The passenger who carried the suitcase, denied all knowledge of the illegal substances in police interviews and it became a case of who’s word against who before the two detained men went before trial in France.

Bradshaw, who suffers from ill health after a recent stroke that saw him paralysed down the one side, is a well respected member of the Costa Del Sol community and a known character of a kind heart always helping others, but according to his friends and associates on Facebook this morning, whilst he hoped for a 12 month stretch for his blunder in driving a man who was unknowingly carrying a suitcase of cocaine, he’s been sentenced to 3 years.

Bradshaw had been driving back to the UK and when a customer heard he was about to set off offered to share the petrol expenses and share the driving, Bradshaw had unwittingly not thought he could have been driving an illegal stash although when he went to collect the passenger of the trip noticed the difference of the weight of the suitcases but didn’t think much of it, until the arrest was made. Now it seems that fatal mistake of not checking a passengers belongings may have landed him 3 years in a French jail.

As the news travelled around Fuengirola this morning, friends of Bradshaw commonly known as “Brad” told the Euro Weekly News of their shock:

Regular to Brads bar Jason Thorne said: ” I feel for his wife Wendy and the staff at the bar, there’s no way Brad is a drug trafficker, he’s just a big softie who would do a turn for anyone, he’s helped me out many a time as well as others, he’s been stitched up that’s for sure”

Andy JS said ” There’s no way he’s a bloody drug dealer, ok he gave people a few lifts about now and then, but this isn’t his style, anyone who knows him knows that, the silly sod got mugged off, he should have checked those suitcases but typically Brad was just being helpful and thought he had an offer of help, sharing the driving, especially since his stroke, the daft sod got duped but it appears the French judge wasn’t having any of it”

” The poor bloke has already suffered enough in French jail as it is, he’s no bad boy, I’m 79 and he used to take me shopping and all sorts, he’s a diabetic and also sadly had a stroke, he’a a kind character, I heard in the bar he was only getting 400 euro’s for the fuel money and hotel costs, you wouldn’t do that for a case of cocaine, he’s been framed” said Lizzie Watkins.

Despite the thoughts of many it is a stark warning to others who operate man and van services back and forth to the UK according to haulier Martyn Wyatt who said:

“I have to be honest this has given me a wake up call, I just load up boxed household goods, it’s made me think now thats for sure, but how do we check every box? I’m sure nobody does but we better take action otherwise the same could happen to us”