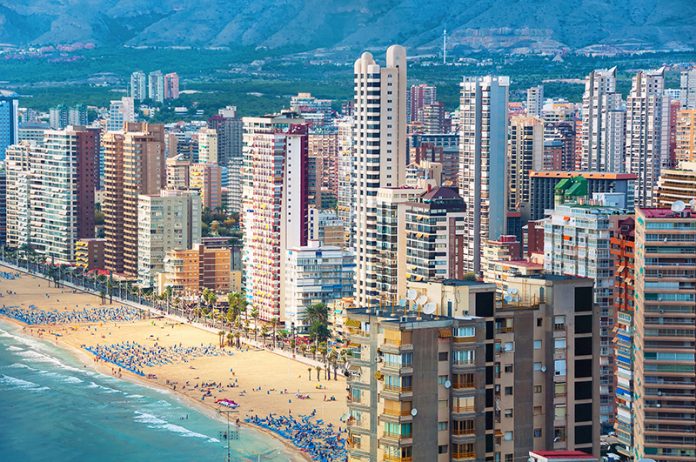 BENIDORM’S British Business Association is urging locals and holidaymakers alike to support the resort’s trade and community when they reopen after the coronavirus crisis.
In a statement, they say the lockdown will be phased gradually, with some businesses likely to be allowed to reopen from April 11, and assured they will update as each announcement comes.

In a Facebook post, the association refers to a study carried out by the JP Morgan Institute in 2016, which published a theoretical exercise measuring how long a small and medium-sized company could endure closure, surviving on its own reserves.
It states that “it is the bars and restaurants that can most quickly have problems due to a total lack of income, since the average barely has any reserves to meet their normal 16-day expenses.
“Similarly, the repair and maintenance services only have 18 days of cash, and the average of the shops reaches 19.”
Researchers found there are small reserves in the construction sector, which barely has cash for 20 days, or personal services companies, such as hairdressers, which would have 21 days.
Real estate companies could apparently survive the longest in a situation like the current one, with 47 days, followed by advanced technology services companies and professional services – such as consultancies or law firms – with 33 days.
The researchers analysed the entries and exits of the accounts of almost 600,000 small businesses for nine months and its conclusion was that the average SME only has the ability to support itself for 27 days in the event of an unexpected and severe economic shock.
Benidorm’s British Business Association added: “Small businesses are being hit hard. Don’t just change your habits during this time of crisis while we have limited movement but for life!
“Your local shops, bars, restaurants, hairdressers etc, they are all waiting to receive you back with open arms.”