BREAKING NEWS: The Olive Press based on the Costa del Sol Comes Out With Begging Bowl After Claiming To Be As Big As The Daily Mirror & Metro Just 2 Days Before

THE OLIVE PRESS COME OUT WITH THE BEGGING BOWL JUST DAYS AFTER SELF CLAIMING TO BE AS BIG AS THE DAILY MIRROR!

That’s the sort of headline normally associated with the Olive Press newspaper that has ruined peoples lives for 10 years now on the Costa del Sol, whilst they claimed it as investigational journalism, but unlike many of their previous headlines this one is most definitely true.

Today the Olive Press revealed they had ‘hit the skids’ as they published on their Facebook page that they required donations just a few days after publishing they were up there with nationals like the Daily Mirror and the Metro.

At the same time of course in their standard vile way they always cited us as the ‘Euro Trash’ to which until now we have ignored, choosing the professional outlook of those who throw stones are obviously suffering, but on this occasion we are astonished whilst the public are trying to raise funds to keep the health service equipped and as many people in Spain safe, the poisonous newspaper, sets up a donation page for themselves as they fight for survival.

The statement presented by the Olive Press reads as follows as they beg for cash: 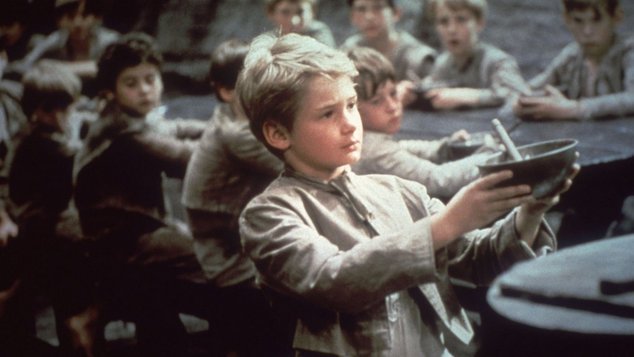 “These are trying times for everyone in Spain. Workers are unsure of their next paycheck, business owners are laying-off their best and brightest, and retirees are getting fined for a dog walk.

We are all on survival mode as we do battle with Covid-19.

Inevitably, the coronavirus pandemic has hit the Olive Press economically, as both print and digital revenues sink by up to 80 per cent.

Meanwhile, our media family of 20-plus writers and journalists (to just five sales people) continue to scour every corner of the country for the latest news and we continue to print and distribute to the 20 to 25 per cent of drops that are still open.

But we have a wider family too: our two to three million-plus community of expats in Spain, who more than ever need quality news tailored to their needs. And those millions of foreigners out there in the UK, Ireland, Holland, Sweden, America, etc, who log on to our website for news of what’s happening here every week.

We are therefore asking that YOU help us to help you.

We want to stay as independent and as strong as possible as the world continues to see a collapse of traditional media in the face of social media platforms, giving rise to false news.

We want to be able to double and triple check every story that comes in… and to ask the tricky questions, to voice our opinions and set our own agenda. We don’t want to be in hoc to politicians and town halls, nor big business.

We want to continue taking on the corrupt and crooked in Spain as we have for 14 years… and speak up for those who don’t have a voice. We want to keep fighting for the underdog.

So anything you can contribute, however small, helps us to put our professionally-trained journalists (many NCTJ Gold Standard) to probe the dodgiest town hall decision, the local boiler room fraudster and the financial sharks, that shame Spain’s costas.

We also want to give you the latest updates from Pedro Sanchez, to plug you in to Spain’s top debates and to put it all into a language we understand.

We already do our best to keep our printed newspapers to a very maximum of 50% advertising.

What we need on our website (which gets four million plus visitors a month) is a format that will keep the news free at point-of-use but also keep our journalists glued to their TV screens and Twitter feeds, to update it. Rather than guard our content behind a paywall, which is being introduced by many global newspapers, we are asking for solidarity. We want all our content to be free and available to all, at all times.

Just €5 could mean one of our articles stops an unnecessary fine. Just €10 for a feature that could save you precious hours scouring through Spanish legal sites to navigate clunky bureaucracy. Or €20 for some advice that could save a life.

As much as you need news and information, we also need YOU.

Please give generously, as a one-off donation, or if you prefer monthly.

Whilst the Olive Press make their public appeal, the real facts are they clearly have simply run out of money by the looks of it, and here could be the reason why?

In the last three to four months they thought they were being clever poaching journalists from the Euro Weekly News, for what they thought was personal gain and now it looks as if it wasn’t a wise choice, as the old business saying goes, if the offer seems too good to be true it often is!

The Olive Press Facebook page today has been slaughtered by comments as they ask for donations in the current crisis:

Christian – Should be you Olive Press the one to donate, not asking people for money in difficult time…!
Shame!!! 😡

Ryan – Lol the worst ‘newspaper’ on the coast want us to pay them to keep running…. Hahahaha hahaha what?

Just a very small selection of astonished Facebook users all of the same opinion and now as time of going to press they are busy removing comments.

Many of you won’t know who the Olive Press are due to the fact its a small distributed thin newspaper of around only 23 pages, but for the many of you who don’t here’s a little detail.

The Olive Press, is known for its poisonous articles, which they claim are investigational journalism and has ruined many innocent peoples lives, often upsetting families after losing a loved one on the basis you can’t get sued by the dead.

The paper has always had a chip on its shoulder against us the Euro Weekly News, with often slanderous attacks on its owners and staff, even when they were at death’s door with illness, whilst just staying shy of the line of the law as to not get sued.

Instead of just getting on with their brand and business model they have for 10 years sniped like keyboard warriors with comments such as printing and calling us ‘Euro Trash News’ and many other names, whilst we at the Euro Weekly News have just continued with our business serving the expat community with the news, information and the finest advertising opportunities for your business.

We aren’t though going to gloat, we are aware that a businessman actually put their hand out financially just a week ago with an offer of purchase, but it would appear pride became before brains as the offer of help was rebuked by the editor Jon Clarke, maybe he thought a public bail out would save him instead? Only time will tell.