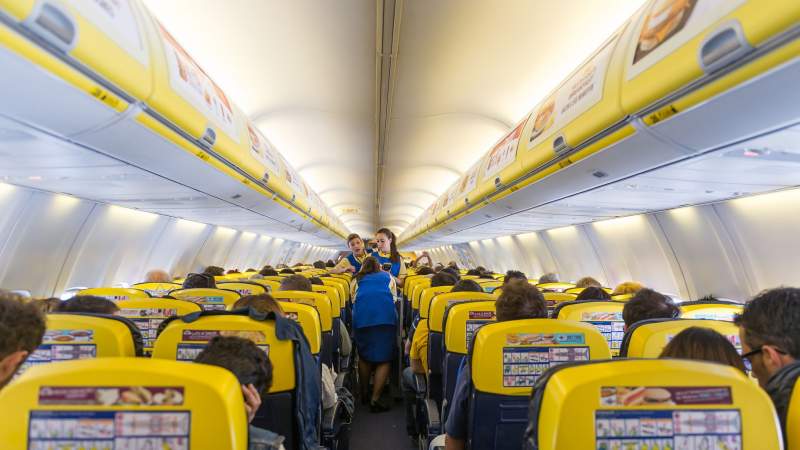 WITH most fleets currently grounded of hundreds of normal low cost carrier aircraft, low cost airlines are going to have a race to the skies says Rodger Watkins aviation expert.

Watkins former RAF pilot before flying long haul commercials including the Airbus A380 today told the Euro Weekly News of his predictions and information of what’s going on behind the scenes currently of low cost operators to which will be great benefit to those wishing to fly back and forth from Spain:

“What will happen will be a race to the skies after the all clear from the governments in Europe, this will only benefit the public as cute price deals as low as €12 will be offered to entice passengers, fill seats and boost marketing campaigns as they reboot their industry and businesses.

“Whilst already airlines are making announcements of when they feel they will be in operation, behind the scenes marketing departments are already drawing up big plans with great offers to draw in the customers, these low cost airlines need to fill planes and get the cash till ringing again and it will benefit greatly the traveller and their pockets as they look to escape after lockdown periods.

“All fleets will have been fully serviced whilst grounded and ready to fly once the green light is given by the authorities and it will be go go go, as the offers get smashed out in the media, not only the British and Irish firms such as easyJet, Jet 2 and Ryanair, but also Vueling from Spain and Norwegian airlines, it’s going to be a very competitive race with great benefits to the traveller.

“Routes to Spain are some of the cheapest to operate, landing fees at Spain’s airports are very reasonable compared to other destinations and these routes due to less aviation costs will see tremendous pricing structures.

“Ryanair I admire especially, they are marketing geniuses and I can personally see them leading the race with the others very closely behind.

“This will be a great positive to the tourism industry in Spain that’s currently reeling from the current crisis, although with Spain likely to come out of the crisis first due to its hard lockdown period, it’s going to be the ideal destination for the cheap get away to the sun,” finished Watkins.