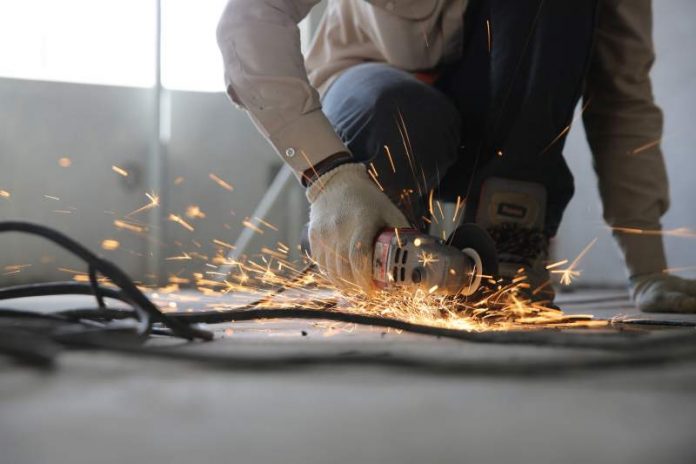 BACK TO WORK: Metal workers among those who are allowed to go back to work in Spain (file)

A SMALL but signficant sense of normaility is being restored on Spain’s Costa del Sol and Costa Blanca as the government lifts the ‘industrial lockdown’ and millions of ‘non-essential’ workers are allowed to return to their jobs.

The move comes as Spain records its lowest number of Covid-19 cases in three weeks, falling to 3,477.

Construction, factory and shipyard workers can return to work after a fortnight ban, as can cleaners, sanitation and security employees among others.

BACK TO WORK: Construction industry returning to normal. CREDIT: Twitter

Ghostly quiet towns and cities will see more activity as an estimated 1.7 million people head back to work, though today is a public holiday in some regions.

Supermarkets are noticeably busier after closures for the Easter period, while shoppers are still taking recommended precautions, and there appears to be a slight rise in road traffic.

While chemists, supermarkets, petrol stations, tobacconists and launderettes have stayed open through the State of Alarm, bars, restaurants, cafes and nightclubs have remained closed, and there are no immediate plans to change this.

Just this morning, Benidorm’s Independent Trader’s Association (Aico) revealed the sector could take up to two years to recover from the crisis.

Though the lift of the ‘industrial lockdown’ has been welcomed by many, there are concerns it’s still too early.

The Catalan president, Quim Torra, is not in favour of Spain’s executive’s decision, but with no power to block the move, put forward a plan yesterday to ease a potential negative impact.

During a press conference after meeting Spain’s President Pedro Sánchez and all of the country’s regional presidents, Torra said “we won’t sit back and do nothing and we will take measures in order to protect our people.”

Some of these measures include checking the temperatures of workers twice a day, with the health services alerted in any case of an increase in temperature.

This morning, police in Madrid were handing out protective masks to commuters returning to work “who have no alternative means of transport” in the capital and tomorrow and Wednesday, hundreds of Red Cross and Civil Protection volunteers will join them. 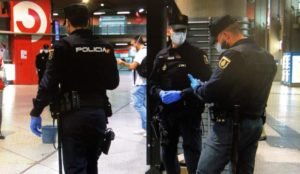 Other measures to ease the country out of lockdown include increasing the frequency of public transport by a third, while ensuring a minimum distance of 1.5 metres between passengers at any bus stops or train platforms.

The Catalan government intends to stagger movements by introducing shifts and to provide workers who may come into close contact with each other with personal protection equipment. These precautionary measures may well be adopted across the country.