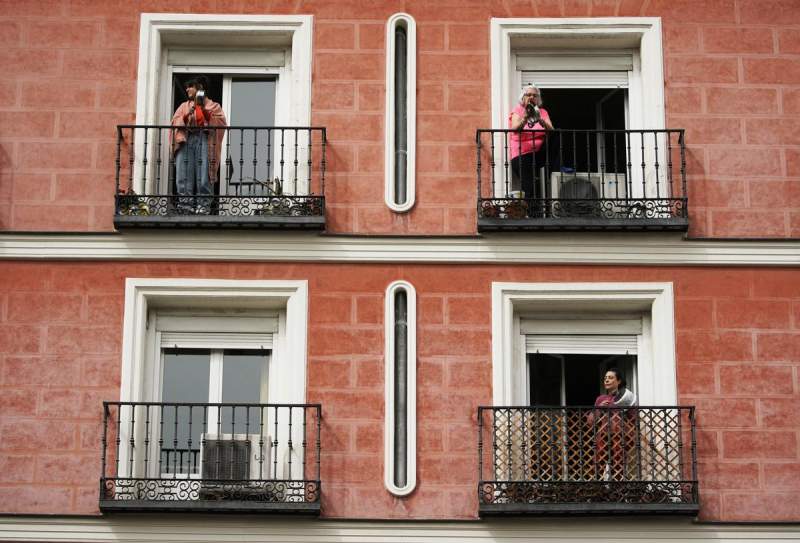 A MIXED bag of emotions are running high on the coasts of Spain where most expats reside as they continue on lockdown and homesickness and depression is setting in, with some vowing never to return once they “escape” – whilst those on lockdown in the UK can’t wait to get back.

It really is a double edged sword at present as expats in Spain start to feel the real pressure of a long lockdown and it appears many are starting to crack now.

“Spain was a police state, now it’s a fascist state again. Simple as that. And all you who think that walking in the nature alone is riskier than going to the shop are either stupid or they hit their head very hard somewhere lately… maybe it was a TV set. Yeah locking people in whether it’s a mansion or a small camper van on the beach… telling people they can’t go to the sea for their personal hygiene? Fining homeless people meditating in front of the cave where they live? Go have your vaccine and pi$$ off, don’t try to force it on anyone you twisted f$$$$rs! I regret I even moved here.”

Meanwhile Herbert from Alicante had his say “I got sick because of this lockdown
no movement – herniated disc, no entertainment – depression. Trouble being locked up with no warrant means me having now very high blood pressure WHO takes care of me this old man???”

Gary Charles from Valencia originally from Cardiff told of his plight “I am so missing being back in Wales right now, I’m struggling to cope and have taken to smoking cannabis and taking sleeping tablets, I’ve never touched either before, but now I had no option to try and relieve the stress, I’ve even started to feel sorry for prisoners, how do they cope doing 23-hour bang up in prisons? This is cruel on the mind, it’s mental torture, once this is over I will be considering selling up and moving home to green green grass of home, this is not pleasant and I think it’s put me off Spain for life if I’m honest, Brexit fears were bad enough but this is far worse.”

Mary Vickers who normally resides between Fuengirola and Newcastle explained how she normally goes home in March and regrets not going home earlier as she told us:

“I’m kicking myself now, I thought about it at the time of joining the tourists and others on jumping on escape flights but when I saw the prices I thought sod that I will ride it out, but now I’m suffering badly, I never thought it would go on this long, I’m getting through three bottles of red wine a day and I feel really guilty, but it’s the only lift I can can get, I’m worried though as I’m finding myself starting drinking earlier and earlier, I will try cutting back though as I know it’s got out of control, with hindsight I should have gone home. I’m hating being trapped in Spain at present and it makes it worse watching the TV and seeing people at home being allowed out for a walk, Boris has got it right, he thought about mental health, Sanchez and Spain think it’s ok to lock us up like criminals, there’s no compassion in this at all.”

Graham Simpson confessed to how he’s getting through 20 cans of beer a day “I only normally drink five to six pints a day, but I’m getting through 20 large cans now a day as the boredom is killing my mind, I feel trapped and isolated, even if you go to the shop you get treated like a criminal, so you are scared to go outside the walls, you sit in and there’s only so much TV you can watch, the weather’s awful which makes it even worse, Spain was my dream move, it’s currently my worst nightmare.”

Whilst the expats start to really suffer it seems on the other side of the coin, holidaymakers can’t wait to return as searches for Spanish holidays are up 200 per cent online.

“I can understand the holidaymakers wanting to escape to Spain,” Jenny Jenkins said.

“What they don’t realise as they stroll the parks in England how bad it is here right now, life for expats is mental torture whilst the holidaymaker just thinks of the beach, bar and sun, it’s understandable I guess.”