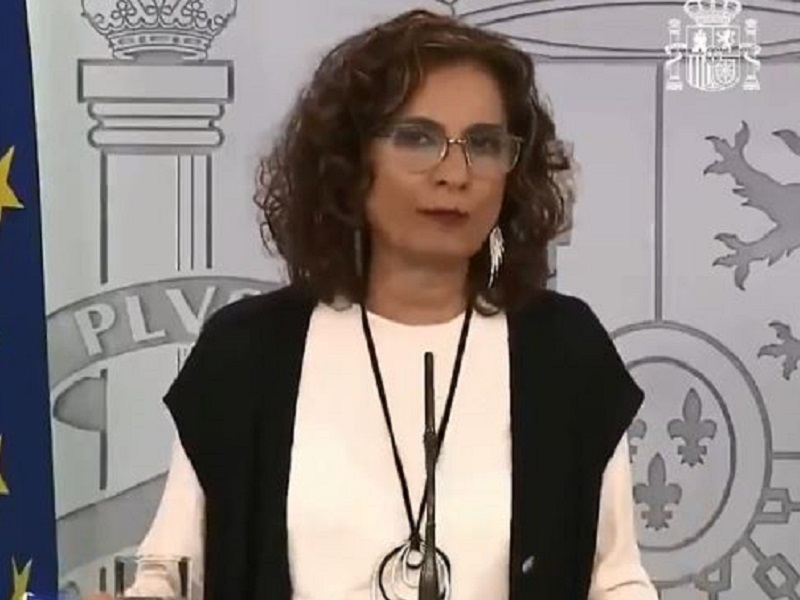 NO RUSH: The Treasury Minister said she believed the confinement across the whole of Spain is producing results. CREDIT: La Moncloa @desdelamoncloa

THE Spanish government is not planning to lift lockdown restrictions in the Balearic Islands earlier than in other regions of the country, even though the archipelago has been less severely hit by the coronavirus pandemic than other parts of Spain.

“The asymmetric confinement of the whole country is producing results for combatting the pandemic, and has allowed us to save lives, therefore there is no need for hurry in the Balearics,” Treasury Minister Maria Jesus Montero said at a press briefing on Thursday.

The minister’s comments came in response to a journalist’s question on whether the islands would be able to begin the gradual de-escalation of the State of Alarm restrictions before other parts of Spain.

Montero made it clear that it will be a group of experts who will determine the “models and scenarios in which it will gradually be possible to return to normal activity.”

In further comments relating to the impact of the Covid-19 crisis on the Balearics’ economy and the fall in the islands’ GDP due to the paralysis of the tourism sector, the minister stressed that “tourism is an essential industry for all of Spain.”

She was also asked about the possibility of re-establishing air connections with countries which have low numbers of coronavirus cases, such as the Scandinavian nations, to reactivate the tourism sectors in the Balearics and the Canary Islands.

But again she did not want to suggest any firm plans.

“One has to be cautious, as for the time being we can control the situation of this illness in our country, but we only know what is happening in other countries from the figures given.

“Hence it would be premature on the part of the government to predict scenarios, being aware that the pandemic is advancing at a different rhythm in countries, and a decision will always be based on scientific accuracy,” the minister stressed.