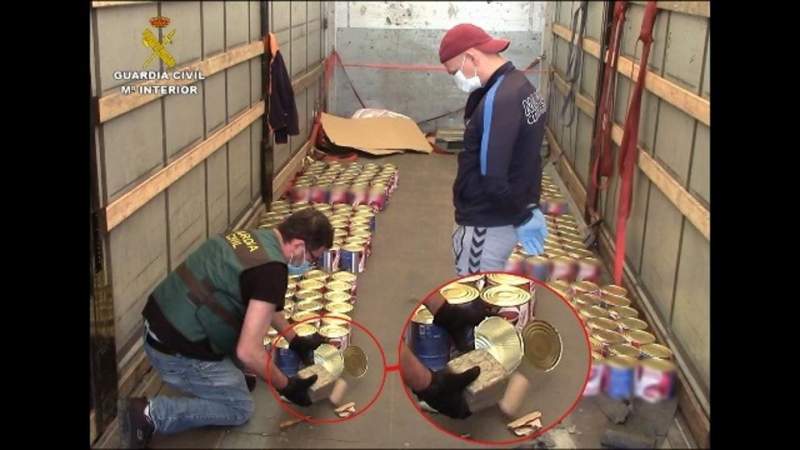 The Lithuanian criminal gang housed a marihuana plantation and packaging factory hidden away in a luxurious villa in Mijas.

THE Guardia Civil, under the ‘Vaistas’ operation, has dismantled one of the “most important and active” criminal organisations in northern Europe dedicated to international drug trafficking. The group was operating from a luxurious villa in the Costa del Sol, Malaga, where they would package drugs in tomato tins and send them to Lithuania.

In total three arrests have been made and one individual remains under investigation, all of them of Lithuanian nationality.

In a press release sent out by the Guardia Civil they outline that the detainees periodically sent significant amounts of hashish and marihuana, hidden in tomato tins, to their home country which they cultivated themselves in Spain.

The investigation began at the beginning of March, when the Guardia Civil was informed of a group of Lithuanian citizens settled in the Costa del Sol who could be responsible for sending various types of narcotics back to their country of origin and to neighbouring states.

Throughout the investigation, the officers have been able to prove how this disjointed organisation did in fact possess a high degree of criminal specialisation, as despite the State of Alarm decreed by the government following the health crisis of Covid-19, its members managed to continue their illegal activities between Spain and Lithuania.

They did this by creating a fictional food company, specifically centred around the production and packaging of tomatoes, which allowed them to bypass the restrictions of freedom of mobility and ensure that their shipment could smoothly pass across land borders to reach northern Europe.

Similarly, police officers discovered how the organisation had established a significant logistics infrastructure in the Costa del Sol. For example, the group had a large villa located in a luxurious residential area in the town of Mijas, Malaga where they used the basement to hide a sophisticated ‘indoor’ marihuana plantation with a large production capacity. When the police intervened, they seized over 700 plants.

This same house was being utilised as a canning factory and had high quality machinery used on an industrial scale and various tools for sealing and closing the cans which contained narcotic substances. They used empty cans from a real and legal tomato brand who has nothing to do with the drug operation in order to increase legitimacy.

The bust occurred on Good Friday in Spain as the detainees were caught red-handed whilst loading a pallet full of cans into a Lithuanian lorry, which contained over 200 kilos of hashish hidden inside.