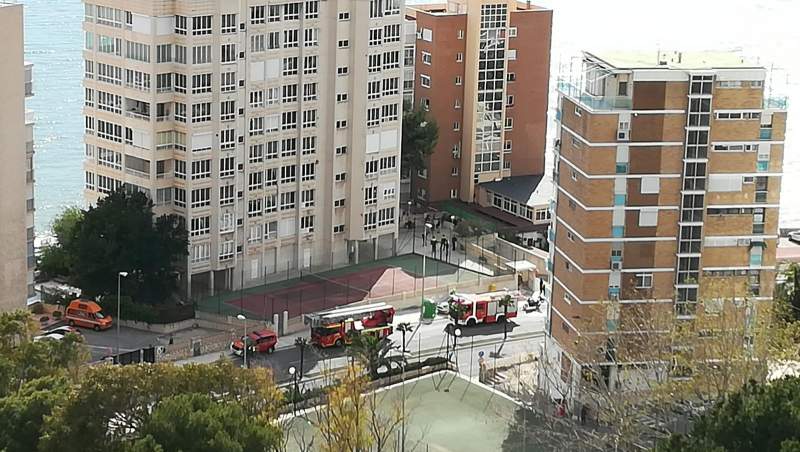 DISHWASHER CATCHES FIRE: Five full crews and 12 firement called to the blaze at a block of flats in Alicante. CREDIT: SPEIS Ayto. Alicante

Five fire crews were despatched to a blaze at a third floor apartment at a block of flats in Alicante, which started as the owner was taking a nap.

SOURCES claim it was while the woman was having a siesta, the dishwasher caught fire.
The Prevention, Fire Extinction and Rescue Service of the Alicante City Council (SPEIS) was alerted to a column of smoke coming from a flat in Avenida de la Condomina, and a dozen firefighters were sent to the scene.
On arrival the owner was waiting in the main entrance downstairs and said she had been woken by the strong smell of smoke coming from her kitchen on the third floor.
She fled the flat, leaving the keys indoors, forcing firemen to break in. Once inside, they found the focus of the fire was the dishwasher, and the flames had spread to the rest of the kitchen appliances.
Firefighters managed to extinguish the flames, but not before the fire caused a water pipe to burst, flooding the house.
The crews then set to work draining the water and ventilating the property which was “partially affected by flames in the kitchen area and in the rest of the rooms by smoke.”
A source for the fire service said “in spite of not being evicted from the building, several neighbours voluntarily left their homes to gather in the common areas below” and police and firemen “had to beg them to return to their homes.”