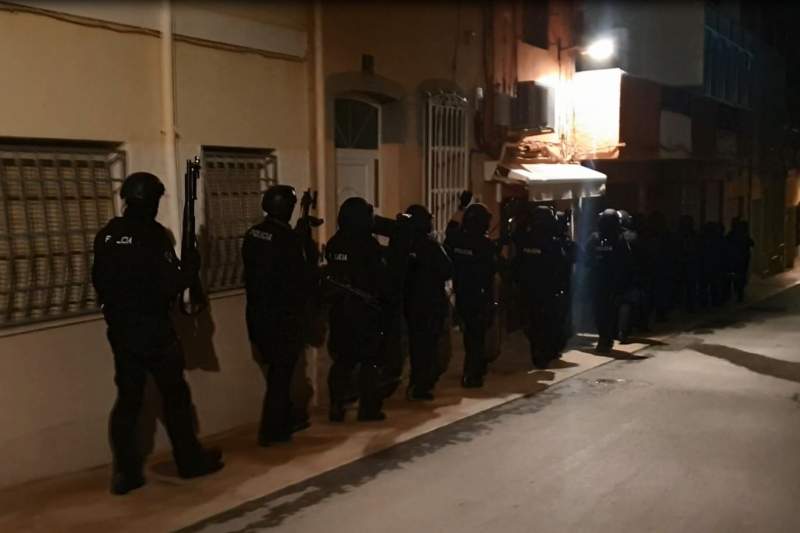 ONE of Europe’s most wanted Daesh foreign terrorist fighters has been arrested in Spain’s Costa Almeria.
The Egyptian national, who spent several years in the Syrian-Iraqi conflict zone, had entered Spain illegally and was hiding out in a rented property in Almeria’s provincial capital.

A police specialist anti-terrorism investigation, in collaboration with the Central Intelligence Agency and with international cooperation, had been working on the possibility that the Egyptian was planning to sneak into Europe via Spain.
Investigators tracked his entry to the Almeria coast from North Africa and his subsequent movements, leading to the raid on the Almeria city home and his detention. Two other individuals living in the same property have also been arrested.
Police said they are working on identifying the pair and verifying their relationship with foreign terrorist fighters, or FTFs. It is not clear yet whether they too are combatants returning from Syria or whether their job was offering security and logistical support for others coming into Europe.
According to police the three had gone out of their way to try and avoid being detected on their journey to Spain and while they were in Almeria. They had adapted their behaviour to the coronavirus state of alarm, hardly going out, and when they did it was always alone and wearing face masks.
Police described the Egyptian as “highly dangerous”, not only due to his time in the Daesh terrorist organisation ranks, but also because of “very odd personality traits” and an “extremely violent criminal profile”, which had made him a person of particular interest to European police and intelligence services.
Police said that some what he got up to during his time with Daesh has been documented in the media, news stories and images revealing incidents of extreme cruelty.