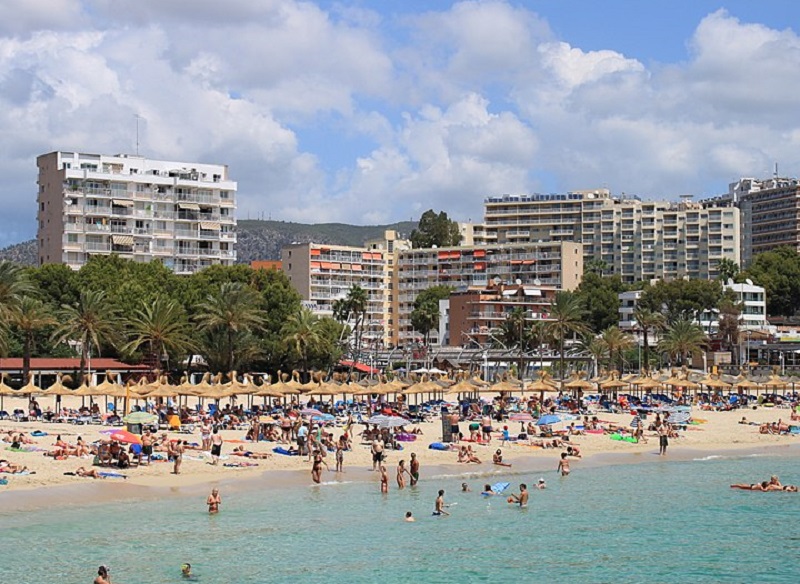 ONE in five Balearic Island residents are expats, the highest proportion for any region in Spain.
New figures from the National Institute of Statistics reveal there are now 219,684 non-Spaniards living on the archipelago, representing 18.8 per cent of inhabitants.
The average for the whole country is just 11.4 per cent. Only Catalonia has a proportion of foreign inhabitants anywhere close to the Balearics, at 16.2 per cent, followed by the Valencian Community at 14.8 per cent and Murcia at 14.7.
The latest figures for residents registered with local councils also show the Balearics total population had risen to a new record of 1,171,003 by the beginning of 2020. In fact the islands experienced the highest population growth of any region in Spain last year, with an increase of 1.9 per cent compared with a national average of just 0.9 per cent.
The Balearic Island foreign resident total went up by 14,697 over the year from 204,987. This represented growth of 7.2 per cent, clearly well above the average for the islands, but below the average for the whole of Spain of 7.7 per cent.
And while the current number of people living on the islands is the highest ever, the number of foreign residents has in fact dropped since 2011 and 2012, when non-Spanish inhabitants exceeded 240,000.
Moroccans make up the Balearics’ largest non-Spanish community, at 28,433. This is 1,709 more than at the beginning of 2019.
Italians are the second largest group of expats, with 21,239 Italian nationals registered inhabitants.
Germans are the third biggest (18,764).
The British expat population is the islands’ fourth largest foreign community. Another 932 UK nationals signed on to local authority resident registers over the year, possibly explained by the looming Brexit, pushing up the total to 15,887.
Colombians, Romanians, Chinese, Ecuadorians and Senegalese are the next largest groups of foreigners.
Looking at the Balearics population figures for the last two decades, the archipelago has seen a very significant rise in numbers of getting on for 300.000.
The number of foreign resident in that time had virtually tripled.