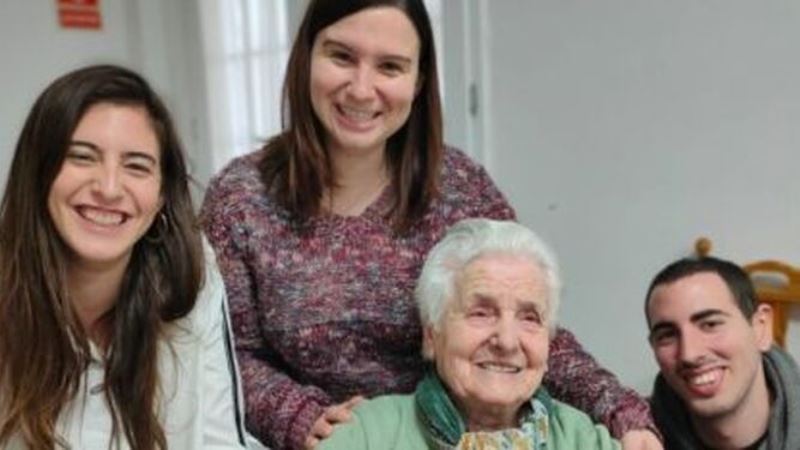 Ana with her grandchildren before the pandemic Credit: Charry TV Facebook

IN 1918, a very young Ana del Valle suffered and recovered from Spanish Flu and now 102 years later, she has beaten the coronavirus to the joy of her family in Ronda.

She was one of the people bussed from their care home in Alcala del Valle to La Linea de la Concepcion because so many staff and residents had caught the virus and there were better facilities to cope with the elderly infected in the Cadiz town.

It didn’t all go smoothly as family members initially had no idea what was going on and when the coach carrying the elderly arrived in La Linea, a small band of people stoned the coach which was being escorted by the National Police.

Very few people were involved but just yesterday (April 22) the mayor of La Linea, Juan Franco made a formal complaint about the way in which the National Police has reported the incident on social media, inferring that this was a major demonstration against the arrival of the infected which he refutes.

In the event, according to Ana’s daughter-in-law, Paqui Sánchez in an interview with Charry TV Ronda, the way in which she was treated was exceptional with a team of Samur emergency specialists, a group of psychologists and two doctors on hand for those infected.

She was updated on a daily basis and those looking after Ana even sent Paqui videos and photos which she could circulate to all of the family.

Now recovering her strength, Ana is even up and walking with the help of a frame and nurses.