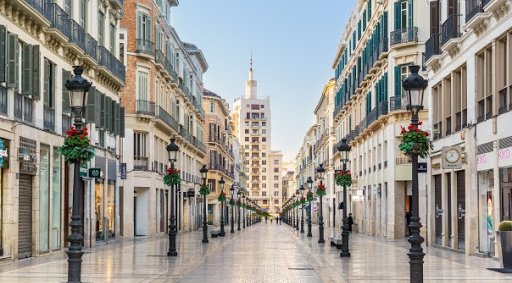 Controlling Mobility: The real reason Malaga and Granada were held back in Phase 0. Credit: Malaga Turismo.

Bars and establishments across Malaga have had to resort to online campaigns and ask for financing from loyal customers in order to survive and minimise the economic effects of the Covid-19 health crisis.

THE family-run Japanese food project in Fuengirola, Curry-Ya!, which opened in 2015 has had to launch a campaign on indiegogo.com, as they have had to close all three of their stores as a result of the State of Alarm which was decreed by the government to contain the coronavirus crisis. The family have announced via social media that they are still running a small service from their homes which consists of a single delivery man and a reduced menu which can be ordered over the phone.

After adding up the rent, electricity, water, internet, social insurance and payroll (which is not covered by state aid) of their three locations, Curry-Ya! estimates that they will have accumulated approximately €300,000 in debt. These calculations are only for the last two months, therefore the money raised in their campaign will directly go towards these fees.

Another small business called La Sociedad Herbivora, a vegan speciality restaurant, launched a campaign in April on www.gofundme.com with a target of €3,000, which it has already achieved, and will go towards the costs of paying personnel and suppliers.

One of the three partners of the business, Sergio Moreno, has commented and said that this whole “situation” has been very “unexpected and as you can see the hospitality is perhaps the sector that is most affected.

“We have hardly received aid, and apart from that we have a debt capacity which is already at the limit; in principle the banks say they are ready to help but they do not provide us with any type of solution unless it involves asking for more loans,” he said.

Given the circumstances, they have decided to ask their clients for help through an online financing campaign so that their staff can receive their corresponding salary. “We are quite grateful for the contribution that everyone has been able to give,” taking into account the difficulties which society is facing at the moment, he added.

Another establishment in a similar predicament is the independent bar in Malaga centre called El Muro who also began their campaign in early April as they were still forced to pay tax payments.

Francisco Riofrio, the owner of the popular bar, communicated that he was reluctant at first to ask for money from customers as he “always sought to earn money through [his] work.”

However, he pointed out that “people cannot imagine the economic bleeding that this [crisis] entails.”

Although his initial target was €6,000 they managed to fund over €8,000, however, Riofrio admits that, sadly, “this does not guarantee anything because we still do not know when we can return and in what way,” he concluded.