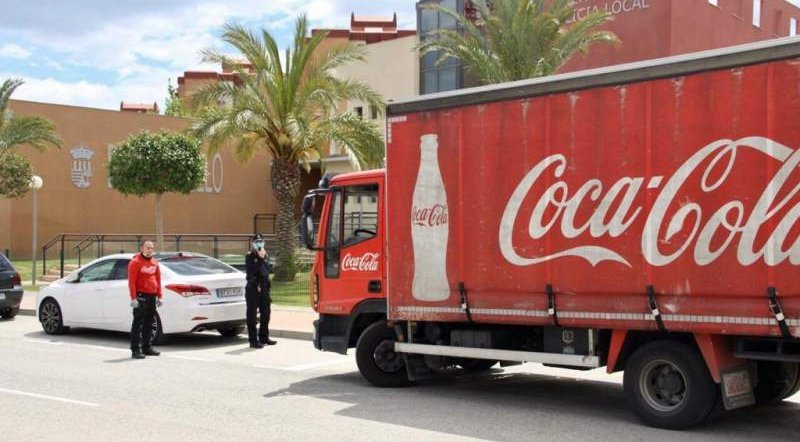 Multi-national beverage company Coca-Cola has shown its appreciation to El Campello’s altruistic workers, the police, street cleaners, civil protection and social workers for their continued efforts during State of Alarm.

THEIR altruistic efforts have prompted many local businesses to join the wave of solidarity, and the most recent recognition has come from Coca-Cola.

The firm, with a headquarters in Alicante, said it wanted to “take care of those who are taking care of us the most in these difficult times and help those who are having the worst time.”

The donation was made to the Local Police Commissioner in El Campello and from there, will be distributed to the various local government offices.

The company has been making similar gestures since the beginning of the health crisis.

It not only collaborates with different administrations, but also with clients and social agents.

To date, it has already given away more than 700,000 litres of its drinks to healthcare and security personnel.

In addition, Coca Cola has taken part in solidarity initiatives such as ‘Alicante Gastronomica’ through which donations are made to soup kitchens and homeless people.

“There is nothing more satisfying at this time than to be able to collaborate with all the professionals who are on the street,” said Ramón A Alonso, head of the firm’s Communication and Sustainability Department.

He said El Campello Council can “count on our support, we are sure that together we will overcome these difficult moments.”