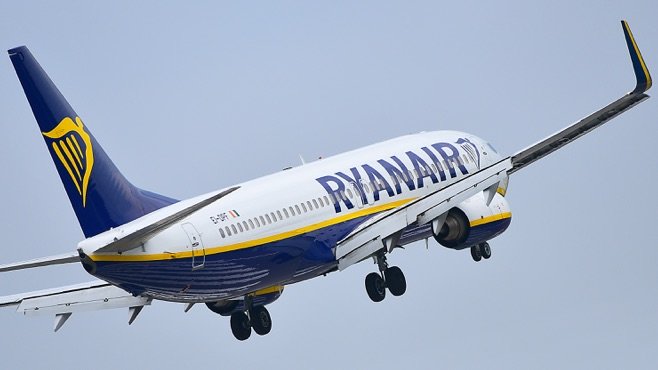 Customers of Ryanair in France are struggling to get refunds as the airline tries to palm them off with credit notes.

RYANAIR, one, if not the largest carriers of passengers to France had to cancel hundreds of flights to France due to the Coronavirus outbreak and following lockdown.

Although passengers from all over France are struggling to get a refund from the company, the law states that any cancelled flights should be refunded in seven days but after seven weeks customers are still not receiving refunds.

Expat David Lewis from Toulouse told the Euro Weekly News of his plight:

“I booked to go back to the UK for two weeks, I made the booking in December in good faith. Due to the coronavirus crisis, I was informed that my flight was cancelled, I went to the Ryanair website to apply for a refund, I waited and waited but nothing, so then I called them and I was fobbed off on the phone with a sales pitch offering me a credit note for 12 months, I told them that I didn’t want a credit note because I only travel once a year during those set dates, I was then told I would have to join the queue of passengers wanting refunds and that it would only be sorted out after the crisis, I was left with no option but to wait. To my shock this week despite my refund request, I was emailed a credit note, I called them again, to only be told no refunds were being issued at the present time and that I should just accept the credit note due to the circumstances, despite the fact its only valid for 12 months and I have no plans at present to travel.”

Lawyer Paul Mohammed from Bordeaux who still operates his law practice in the UK told the Euro Weekly News that he too has not had a refund and the legalities involved:

“I had two flights cancelled, back and forth to my offices, personally the credit note I don’t wish to accept as it would not be legally binding if anything happened to the airline financially, in the event for instance of an Administration process. It would be a worthless bit of paper, I did request a refund on that basis, all I have been sent is a credit note even though I refuted one and clearly stated I want a refund in full back to my payment card, the practice of sending credit notes instead of a refund is illegal as the consumer law states flight cancellations should be refunded in full within seven days. I will now challenge this on small claims online and take Ryanair to the county court.”