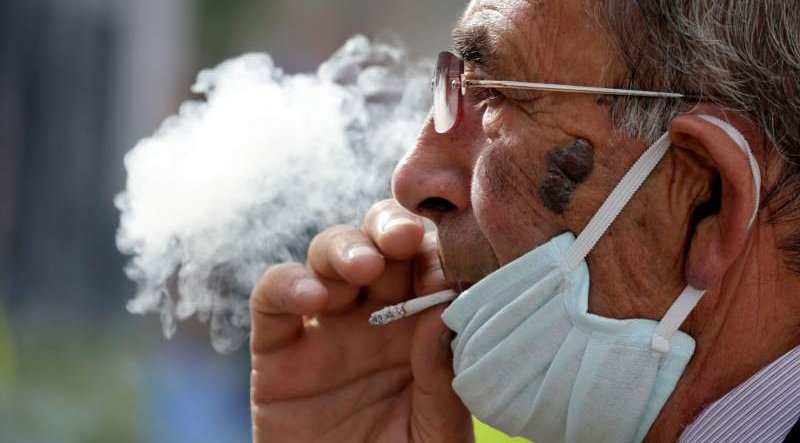 FRANCE has begun to take preventative measures to prevent the stockpiling of nicotine products after the country’s health minister expressed interest in research suggesting that nicotine could fight the Covid-19 infection. The French government have issued a decree suspending online sales of nicotine patches and other products designed to help smokers quit.
Pharmacies were also told to only dispense the products to customers in amounts needed for one month of treatment.

It follows the publication of a study this week on 483 patients at a hospital in Paris found the infection rate for smokers among Covid-19 outpatients and inpatients was significantly lower than for non-smokers. Only 5.3 per cent of the Covid-19 patients were smokers, while 25.4 per cent of the general population smoke regularly. The research said nicotine was the ‘likely’ reason, while stressing that using tobacco remained a danger to public health, killing almost 80,000 people per year in France.

On Friday morning French health minister, Olivier Véran, said the study showed that it was ‘an interesting possibility’ and that he had given his approval for further research. However, people must not self-medicate with nicotine patches and the harmful effects of smoking must absolutely not be forgotten with smoking being the number one killer in France.

The World Health Organisation said the French findings were “not consistent with what we are seeing in other countries.” It said it had reviewed other studies that showed “an increase in the severity of Covid-19 infections among smokers.”

French researchers now plan to test nicotine patches on patients infected by the virus to study whether they could help lessen or prevent symptoms. Jean-Pierre Changeux, the neuroscientist who reviewed the Pitié-Salpêtrière study, suggested nicotine may bind to the same receptors as coronavirus, making it harder for the disease to take hold.