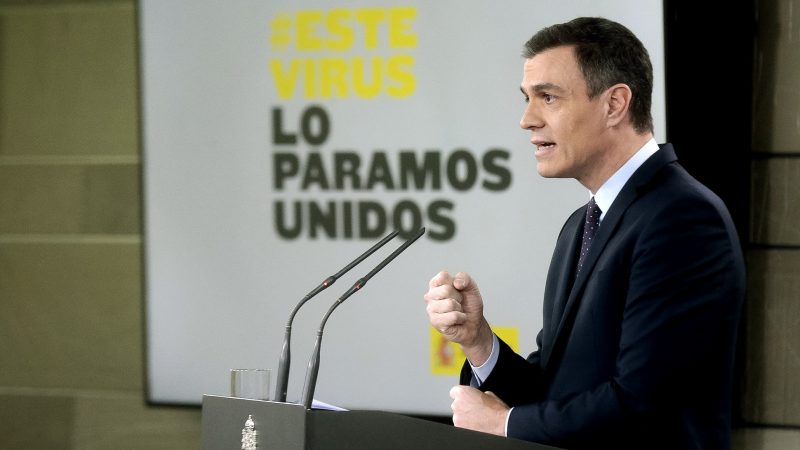 Spain's PM Pedro Sanchez has hinted at the possibility of Malaga & Granada getting access to Phase 3 with the rest of provinces in the Andalucian region on June 8.

IN an announcement yesterday evening, Spain’s Prime Minister Pedro Sanchez announced that he will present a detailed deescalation plan, outlining exactly how the country’s lockdown restrictions will be lifted. The plan for Congress approval will include the conditions that regional territories will have to meet for lockdown restrictions to be lifted, along with dates and times.

Although he didn’t provide specifics, he pointed out that the deescalation will be gradual, and will depend on how each territory is recovering from the pandemic. “Not every region will have restrictions lifted at the same speed,” stated Sanchez. “Maximum caution” will be exercised and the plan will be “based on expert advice,” he added.

The expat community was also excited to hear that they may finally be able to play individual sports or go for walks with family members after May 2, if the coronavirus statistics, in terms of new infections and deaths, continue to decline. Today’s announcement came as a huge relief to expats across the country, as well as locals, who have been under house arrest since mid-March. “It’s going to be fantastic to just get out in the fresh air again – I’ve forgotten what the town looks like,” said expat Mark Sutherland, who has spent year’s enjoying the outdoor life on the Costa del Sol.

Sarah Storey, another retired expat in Fuengirola, was also delighted with today’s news. “Best news I’ve heard in a long time and now we can look forward to hopefully more good news on Tuesday,” she commented.

Many other expats hope the government can provide some kind of indication on when borders are likely to open, so they can either visit family back in the UK or other European locations, or bring back loved ones to Spain again. The latter is certainly the case for British expat Joanne Prothero, who is keen to get her mum back home to Spain. “Hopefully, this is the start of getting back to normality. I’ve really missed my mum as she’s stuck at my brother’s in Cardiff. I can’t wait to get her home finally,” commented Joanne. “Hopefully, Tuesday will shed light on the future.”

Longstanding Costa Blanca resident Jill Watson is hoping that Sanchez will be easing restrictions on businesses soon to allow more people back to work. “My husband Mick has been like a caged lion at home as he’s so used to being out and about,” she explained. “He’s a beer delivery man, so hopefully on Tuesday we will get an indication of when he will be able to go back to work, and we can look to start rebuilding our lives again.”

So far, statistics from the Health Ministry reveal that the country is beginning to contain the pandemic. Spain recorded less than 400 deaths in the last two days, with day-to-day growth in both new infection rates and deaths, now remaining below 2 per cent. The number of deaths totalled 378 in the last 24 hours, compared to 367 the day before. The country’s death toll now stands at 22,902. Although the total number of people to be infected with Covid-19 has exceeded 223,759, more than 95,708 people are reported to have recovered from the disease to date.