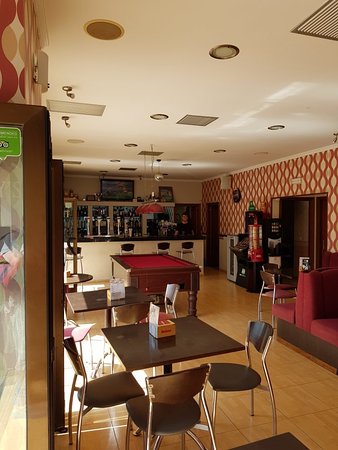 Costa del Sol bars prepare to battle out with competitors as they get ready to open.

BUSINESS is always a numbers game and often is the case of ‘who dares wins’ and bars including many owned by British expats on the Costa del Sol are drawing up plans ready for reopening.

Without a doubt there’s going to be less customers and foot flow about for several weeks after reopening, but that doesn’t actually mean less customers in the retail sector, it means that those who lead from the front attract the business.

Retail expert Gregg Maunder who has opened over 24,000 outlets in the last 20 years and deployed by many high street brand names in the retail sector including bars and restaurants spoke to the Euro Weekly News this morning to share his view of the situation:

“Less customers don’t mean bad business, it’s all about adapting to the situation and maximising the potential as well as studying the market and ensuring the business is ahead of the game to attract the consumer.

“No doubt on the Costa del Sol for a significant period there will be less consumers to target, so the target for bar and restaurant owners will be capturing the maximum of consumers available, marketing, promotions, enticing the customer and not just turning the key expecting a wave of clients.

“When it comes to offers though, owners need to remember margin is king, profit is sanity, turnover is vanity, creating great promotions is about pulling the consumer in, not slashing the price which many in such circumstances tend to deploy which in the long run is like driving your business into the ground, with the correct promotion you don’t need to slash margins, you can actually increase them.

“I once spoke with the famous boxing promotor Don King in Las Vegas, I asked him how he made his billions ahead of everyone else,” he said to me “Why do you think Jesus died on the cross? – how many books did he sell doing that?” PROMOTION PROMOTION PROMOTION he shouted at me across the bar, I have always remembered that conversation, how Don attracted his boxers was paying them more money which in turn saw them join his camp, but as he promoted them more to the TV stations as well as through Don King promotions he made more money, a simple equation really, ok it’s not the food and bar industry, but it’s exactly the same theory that can be applied to any business.

“Another great analogy was someone who I worked with in the furniture industry, he started his business with just £25 and sold out 10 years later for £4.8 million whilst making massive profits along the way, I asked him at dinner once what was the secret, he told me “Gregg, it’s all about the marketing, we sold pine furniture back in the day, whilst our furniture was quality, you can have gold bars and selling them for a quid, but if nobody knows you have them, then they won’t come to buy – we adopted promotions and gimmicks in our marketing, we entered a stiff traditional market and shook it up, I dressed as a policeman in our newspaper advertising, known as PC Pine selling quality furniture at criminally low prices. We promoted and we did it differently, not following but leading the game, we never cut margin, others tried price wars, we battered them with marketing and advertising, the more margin and profit the more we could promote, that’s the cycle to get on” and he’s exactly correct. Recently I have read in the media about selling beer as cheap as they can to attract drinkers, I get the theory but will those drinkers eat? How many pints can they drink for you to make a decent margin and will you make a profit to advertise? The answer will be no, get your thinking caps on, look at your menus, look at making something a little different and market and advertise it so people know about what you have, people who spend, don’t scour for cheap, they look for quality and reasonable.”

Gregg further went on to say “Those bars and restaurants that adapt and promote with good promotions and offers and do something a little different will capture the market for sure whilst the numbers are down, it’s going to be interesting to watch that’s for sure.”

Some bar owners that we spoke to this morning were in agreement as they started to make their plans, Mark Sutherland of the Luna Bar on Fuengirola’s sea front told how he had been making his plans:

“I managed the London Bar for years before taking on and buying the Luna Bar, down here I work on promotions all the time, we have the famous big fish night on a Friday, packed every Friday, we’ve had a Burns Night with haggis galore, this morning I’ve prepared some new promotions, I’m not going to say what they are yet of course as I don’t want to be copied.”

Kevin Wilson from Los Boliches said “We know it’s going to be tough to start with we have many plans, we are going to shake things up and get the ball rolling, bring it on.

“I’ve been onto the newspaper this morning who are designing my themes and ideas for me and I’ve booked my marketing in anticipation as I want the best spots in the paper for maximum viewing and now I’m looking at digital marketing and where I can get the most viewers to my promotions.”

Finally we spoke to Benjamin Wickham who works on the other side of the Euro Weekly News business away from the news, Benjamin told the news desk:

“Bookings this morning as bars and restaurants prepare are seeing good growth, as well as other businesses that will return to normal sooner, we are designing some great marketing ideas for our clients. Not only for our largest expat newspaper title, but also a lot of digital packages especially as we have seven million website visitors a month, who all have an interest in Spain from all over the world and are looking to return.”

Benjamin can be contacted at [email protected] if you wish your business to lead the pack.