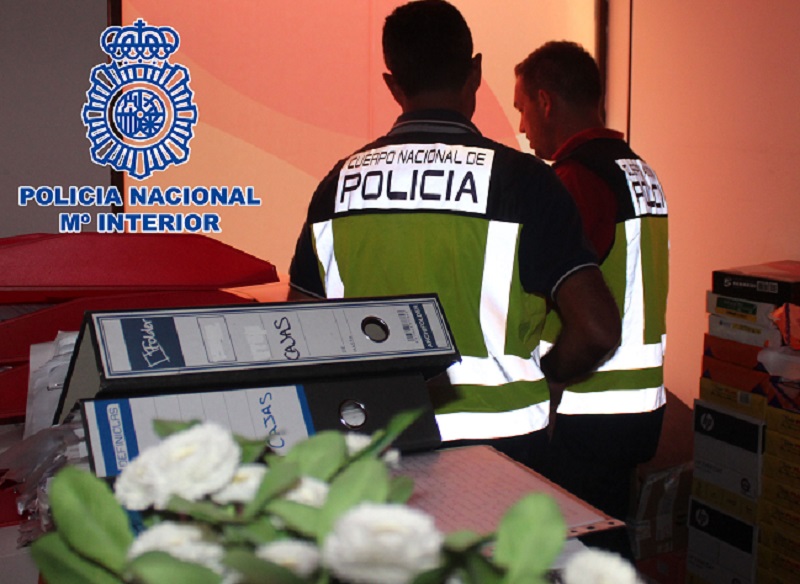 POLICE have made a series of arrests in Roquetas de Mar after uncovering a money laundering structure to conceal profits from illegal drug trafficking.
Initial investigations into where the capital from the trafficking was going and how it was being legitimised began all the way back in 2017 following the arrest of a member of a family clan for selling drugs.
Police said they discovered a set-up of ficticious companies, frontmen and intermediaries to conceal the dodgy origin of ‘incalculable amounts’ of cash.
Investigators honed in on a married couple and their son and daughter-in-law, living in Roquetas and the Pescaderia district of Almeria City. Police said the four had a whole network of frontmen and six bogus firms, established as limited companies doing various kinds of business, and which had built up a great deal of financial movements over the last five years.
Police also arrested four frontmen based in various parts of the country whose job it was to hide the profits through businesses carrying out supposedly legal activities, like top-of-the-range vehicle sales.
Finally, in collaboration with the public prosecutor, police raided two properties in Almeria City, one in Aguadulce and one in Roquetas.
As well as the detentions, operation ‘Reyes’ resulted in the freezing of five bank accounts, the embargo of seven properties and six vehicles, and the seizure of more than €1,000 in cash, 80 grammes of gold and more than 200 marihuana plants.
The detainees face charges for drug trafficking, defrauding the power supply, organised crime, and money laundering.