Where and How? A Comprehensive List of Beaches Open Across Malaga’s Costa del Sol and How to Enjoy Them with Your Children 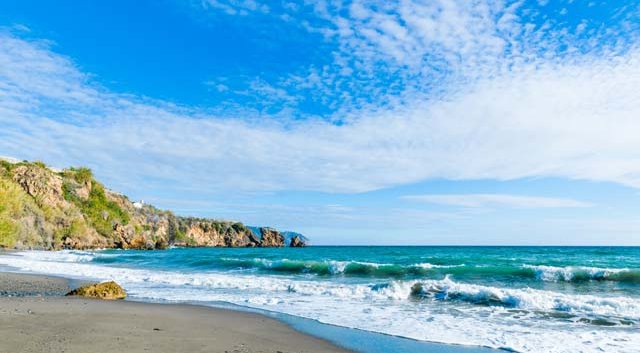 SINCE Prime Minister Pedro Sanchez announced that children could now leave their homes, accompanied by a parent or guardian, for a maximum of an hour and one-kilometre radius, municipalities across the Costa del Sol have been reopening their beaches for the youngest generation.

A general rule across all sandy destinations is that children are not allowed to go swimming, however, they may play in the sand and with their own toys.

Regulations concerning these walks are that only three children are allowed to go on a walk per adult, for one hour a day, once a day, within a kilometre radius and between the hours of 9.00am and 9.00pm. Furthermore, if you or your child presents unfavourable symptoms like a cough or fever you must not leave the house.

Sanchez has allowed each municipality to take charge of their beaches and decide to re-open them for children or keep them closed. Here is a comprehensive and updated list of which beaches have been reopened for children.

The beaches in Benalmadena will be open for children under the age of 14 always when respecting the rules which detail, they must be accompanied by a ‘responsible adult’. However, municipal parks, outdoor play areas, and recreational or sports facilities will not be reopened, so the town hall asks citizens to refrain from accessing these areas.

Marbella has also opened their beaches for children under the ages of 14 who are accompanied by an adult. Marbella was one of the first municipalities to reopen its beaches and has done so by reinforcing security measures. They have employed 20 Local Police officers and a 20 Civil Protection volunteers to patrol the area. Marbella has also set up toilets for citizens to access across the boardwalk.

Malaga City announced they would open their beaches to allow for children under the age of 14 to go on walks with an accompanying adult. However, they emphasise the need to be responsible when using these public spaces. Parks have also been opened with the exception of the park in Teatinos, the Jardin Botanico-Historico de La Concepcion and Parque del Cine.

The Mijas Town Hall has also extended this courtesy to open beaches for the little ones, as well as the El Esparragal Park in Las Lagunas and the Los Olivos Park in La Cala.

The Nerja Town Hall also issued a statement regarding the reopening of beaches for residents who live nearby and have children although all parks cannot be accessed yet.

Citizens residing in Rincon de la Victoria are also allowed to use nearby beaches for their walks with children always when respecting the general rules issued by the government. They have also allowed the use of green spaces although this does not include any play areas for children.

Torremolinos is another municipality which has allowed the reopening of its beaches for children to enjoy always when accompanied by an adult, furthermore, they have allowed children to use green and natural spaces, but they remind citizens to be responsible when doing so.