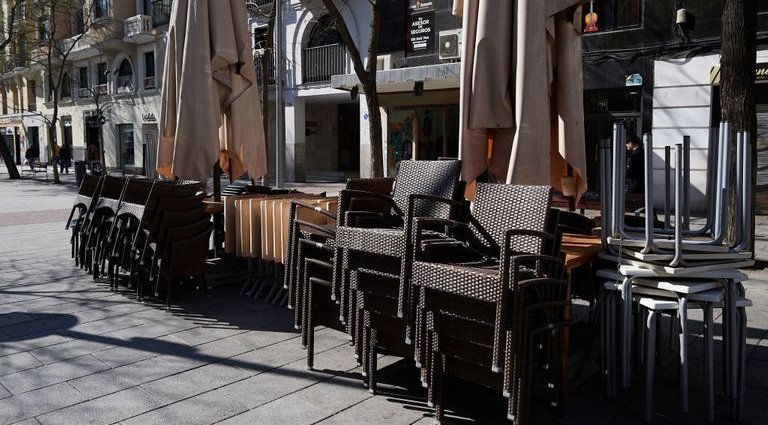 Restaurant and bar owners across Spain expressed huge disappointment after hearing the government’s phased de-escalation plan. They criticised it as vague and lacking clarity not only in terms of having no real dates to work towards, but also lacking in detail in terms of the exact security measures required.
AFTER Spain’s Prime Minister Pedro Sánchez explained the new de-escalation phased plan (0-3) that will be used to lift lockdown restrictions (as reported), he received much criticism and backlash, not just from the tourism and hospitality industry, but also the opposition parties. Spain needs certainty with exact dates, said the opposition Vox.
Potentially, bars and restaurants can open their doors from May 11 if their province is ready to have Covid-19 restrictions relaxed. According to the government, in Phase 1, restaurant/bars will be allowed to open their terraces to a 30 per cent capacity, but not the inside. So far, provinces and islands that could be allowed to open under from May 11 for Phase 1, could include the Balearics and Canary Islands, Formentera, Gomera, El Hierro, Graciosa, Murcia, Huelva and Almería, given the low number of infections in those towns/islands.
If after around a minimum of two weeks, they meet set requirements that are approved by the Ministry of Health, they can enter Phase 2, which will see the inside of restaurants open up for table service with a limited capacity of a third. Once they reach Phase 3 (supposedly after another minimum of two weeks) restaurants can open up to a maximum of 50 per cent capacity, but with ‘strict separation’ between customers. The government said it expects all the country to be at Phase 3 by the end of June.
Sánchez said he wants to avoid providing fixed dates as in the case of the rest of Europe, such as Italy, Germany and France, to avoid having to back track in case of a new Covid-19 wave. However, his plans have received a huge backlash from several tourism and hospitality establishments on the Costa del Sol. They have criticised the government’s plans as lacking dates, as well as real clarity in terms of how long each phase will last, and the exact measures that will be needed to be met by each province to get to the next phase. Although the government said it expects each stage to take around a minimum of two weeks, the hospitality and tourism industry, as well as the opposition parties, are far from satisfied with today’s plan.
Commenting on today’s measures, Gary Adamson from Costa del Sol’s Bars abroad, said: “We need clarity from Spain’s ministers. This is as clear as mud!” Mark Sutherland from the Luna bar in Fuengirola shared Adamson’s sentiment. “I haven’t a clue what’s going on now. How are we expected to plan ahead like this?“ he asked.
Dave at the Anchor Bar in Costa del Sol’s Torreblanca added: “This is pathetic – really pathetic. I was hoping for some positive news today, and yet still we have no clarity whatsoever. Spain needs a leader who can make decisions.”
Both Adamson and Billy Williams of the Swan Inn on the Costa del Sol fear for their livelihood and future in the industry, and are now actually seriously considering exiting the market. “This is becoming farcical. I’ll be sticking my bar on the market in the morning with Bars Abroad. Enough is enough,” stated a frustrated Williams. “I can’t take any more of this. I’m cashing in and off. Sanchez is like a boat with one paddle going around in circles.”