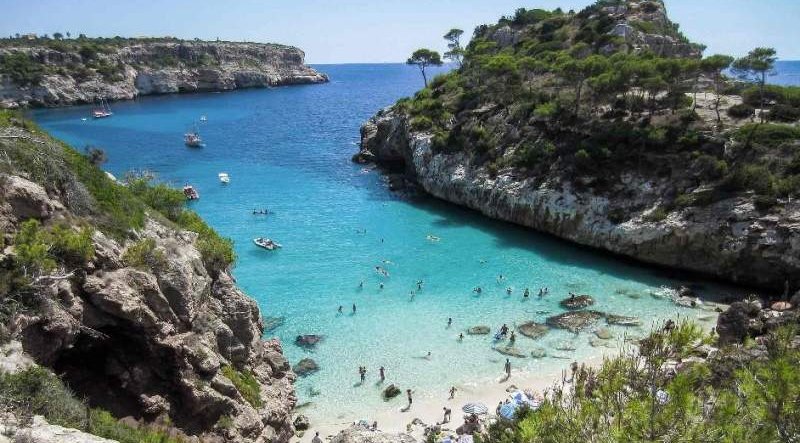 THE Regional Executive calculates that this year the Balearic Islands as a whole will have lost more than €90 million this year alone.

The famous Balearic Islands in Spain is one of the autonomous regions with the greatest epidemiological advantage but its geographic location also makes it the most vulnerable to an economic recession.

According to Jordi Reina, the chief of the Virology unit at the Hospital de Son Espases in Palma, they have been able to control the spread of disease partially due to two factors.

Firstly the island’s geographic make-up allowed the community to quickly close off ports and airports, and secondly, the weather conditions in the area typically high humidity and temperatures also contributed to this.

The second case of coronavirus in Spain was an English resident in Mallorca who became infected whilst at a Swiss ski resort and gave way to a domino effect of contagions which peaked in late March when more than 100 cases were confirmed daily in the community, although these figures remained below the regional average.

“Temperatures, orography, humidity and solar radiation have influenced the behaviour of the coronavirus on the islands” says Reina, who indicates that each year seasonal viruses such as influenza also have a much smaller circulation in the two archipelagos in relation with the peninsular communities “something like that may have been experienced with this virus.”

The behaviour of the epidemic has been uneven on the islands. Nine municipalities have not registered any infections, Formentera has four active cases, Menorca around 20, and Mallorca accumulates the bulk of the cases, with just over 500. “This lower incidence does not mean that we have to open up massively,” says Reina, as he bets on a more progressive incorporation to avoid re-sprouting the virus.

Flashback to a year ago and the islands were about to kick off a fruitful tourist season. The youngest preparing for the opening of the discotheques in Ibiza with the Sant Joan de Ciutadella festivities on the horizon. But the pandemic has put an end to tourist dynamics, dragging with it their highly dependent economy which thrives on the service sector and that, according to the estimates of the Balearic Government, will suffer a 31 per cent drop in GDP and the destruction of 147,000 jobs in the most catastrophic scenario.

“The Balearic Islands will be a ground zero zone in terms of economic matters,” affirms the Minister of Tourism, Labour and Economic Model, Iago Negueruela, who predicts a loss of €92 million for this year, or even more if their flow of travellers does not recover at levels that allow part of the activity to be maintained. “The central government will have to make specific plans for tourism, which will require investments and actions. The government has to respond,” says Negueruela.

Currently, national tourism represents around 20 per cent of the total visitors to the islands, a percentage “that cannot be relied on” because even many national visitors will rule out taking a plane or a boat to reach the archipelago in the upcoming months.

For Antoni Alcover, an economist and professor at the University of the Islands, one of the weak points is its high dependence on international tour operators and airlines, who provide the arrival of travellers and who might have been very affected by the crisis. “Tourism is channelled into a chain of logistics that may be partially broken and the recipients, which are us [Balearic Island] will not have clients unless they are able to continue,” he says.