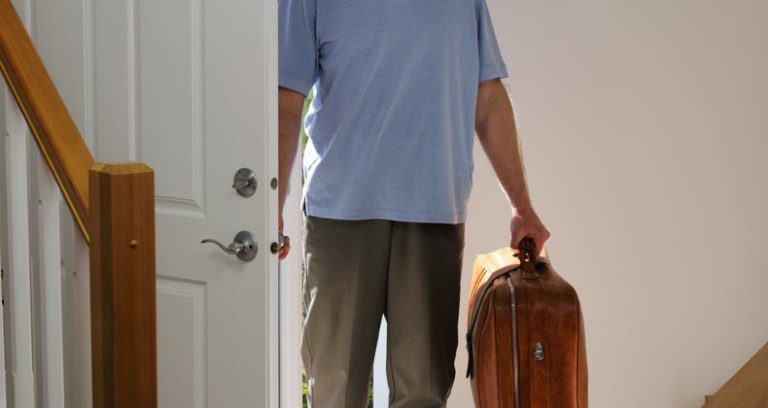 LOCKDOWN IS LOCKDOWN: Elderly says nobody should be moving house during confinement. CREDIT: Wikimedia

A VULNERABLE expat couple in their 80’s on Spain’s Costa Blanca, say they are frightened and fear for their health after a property owned by a neighbour in lockdown in the UK was suddenly occupied.

William Beaumont, 83, contacted Euro Weekly News, to express his real concerns about people coming and going and lights on at night in previously empty properties, when “nobody should be moving around during confinement.”
He said: “My wife and I are in the very vulnerable group together in confinement because of the virus pandemic.
“We live in a Cul-de-sac in Benissa, Alicante, and we are all old-aged people in this road.
“We thought that providing EVERYONE obeyed the rules, then we would feel we are as safe as can be, in that nobody invites visitors. But at night we can see lights on in houses that have been empty.”
Mr Beaumont decided to take action when, at 1pm yesterday, a car pulled up in his quiet road, and “people moved into the property, owned by an Englishman who can’t get here at the moment.”
Mr Beaumont added: “Nobody has the right to be moving around like this under this lockdown.”
Seeing the lights on last night, Mr Beaumont called Benissa’s Local Police, who he said immediately came out to look into it.
“A local friend of mine spoke to the police in Spanish telling them that it was not correct for anyone to be allowed to move in or rent the property, we are under lockdown.
“The report which came back from the police was a complete surprise, saying that they owned the property and were working in a supermarket.”
But Mr Beaumont said this “has to be a total fabrication because the last tenants returned to the UK just before the Spanish lockdown so therefore the UK owner could never have sold the property nor could he have rented it to anyone, because under lockdown everyone must stay in their homes.”
He also questioned how they would have obtained the keys.
After a number of calls, an estate agent in Benissa, contacted Mr Beaumont this afternoon to let him know that there was nothing underhand going on, that the property had been leased to a tenant who was working nearby.
But Mr Beaumont says it is still unacceptable in the middle of a health crisis.
“I was told everything is fine and perfectly safe. But it isn’t. We are very concerned and frightened.
“If these people are working then that means that they meet daily with others away from this road and then return to transmit the virus, which for us vulnerable elderly in this road is a death sentence.
“We are are in the vulnerable bracket and want to stay healthy. We do not know if these houses have been broken or if there are squatters. There should be no exceptions, either we are in lockdown or we are not.”
EWN has made attempts to speak to the estate agent.