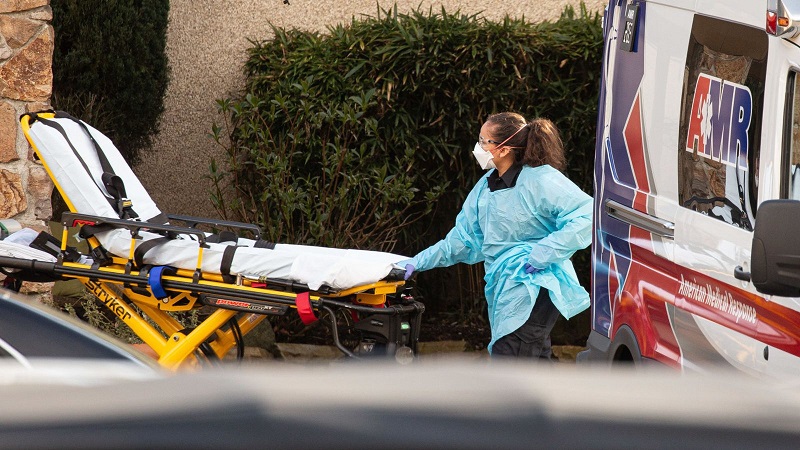 The UK is now the third country in the world with the most Covid-19 deaths, after the US and Italy.

British expats from the Costa del Sol to Costa Blanca are frankly not surprised that the UK has overtaken Spain’s Covid-19 death toll, to become the third country in world with the most coronavirus fatalities.

THE UK’s real coronavirus death toll, which now includes care home and community fatalities from the disease for the first time, increased to 26,097 today, making it the third country in the world with the most Covid-19 fatalities, after the US and Italy.

Public Health England today reported an additional 3,811 Covid-19 deaths in care homes/elsewhere since the start of the outbreak. Additionally, the number of people who have died in hospitals from the disease across the UK rose by 601 today, with England accounting for 445 new deaths, Scotland 83 and Wales 73.

According to Foreign Secretary Dominic Raab, the increase in the number of Covid-19 deaths included in today’s tally were spread over the period from March 1 to April 28, 2020, “so they don’t represent a sudden surge in the number of deaths.”

Nevertheless, the UK’s Covid-19 death toll is now higher than that of Spain’s 24,275. With 26,097 fatalities, the UK is now the third country in the world suffering the most coronavirus-related deaths after the US, which has registered 61,009 fatalities to date, and Italy with 27,682.

However, many British expats, including health experts, are not surprised by the fact that the UK’s Covid-19 death toll has now surpassed that of Spain. Dr Rupert Hayman who was recently interviewed by EWN, and predicted a UK death toll of a minimum of 40,000, stated: “The figures are not surprising at all and I still believe they will go over 40,000. As the health secretary said tonight, the UK hasn’t even peaked yet. And I don’t expect it to peak for at least another two or three weeks yet. The lockdown has been handled totally wrong from the outset.”

British expats who have faced much stricter restrictions in Spain also expressed their lack of surprise. “I’m not surprised at all,” said David Simpson from Torreblanca in Fuengirola. “While we sat here under strict lockdown, those at home were heading to the seaside for Bank Holiday weekends out and the same on Mothering Sunday too. The UK took no notice of what was happening around them. They just carried on carte blanche.”

Maggie Wilson from Benalmadena shares Simpson’s point of view: “I’m not shocked or surprised. You only have to look at how they have handled it. In my opinion it was totally wrong from the start.”

Kim Rowse from Alicante, however, blames the UK’s cutbacks in health and policing. “The reason the UK has higher a number of deaths is because it didn’t lockdown quick enough or properly,” said Rowse. “I believe they simply couldn’t as they don’t have the resources, such as enough police, due to the Tory cutbacks. They should have put the troops on the streets, but that – I guess – would have embarrassed the Tory party.”