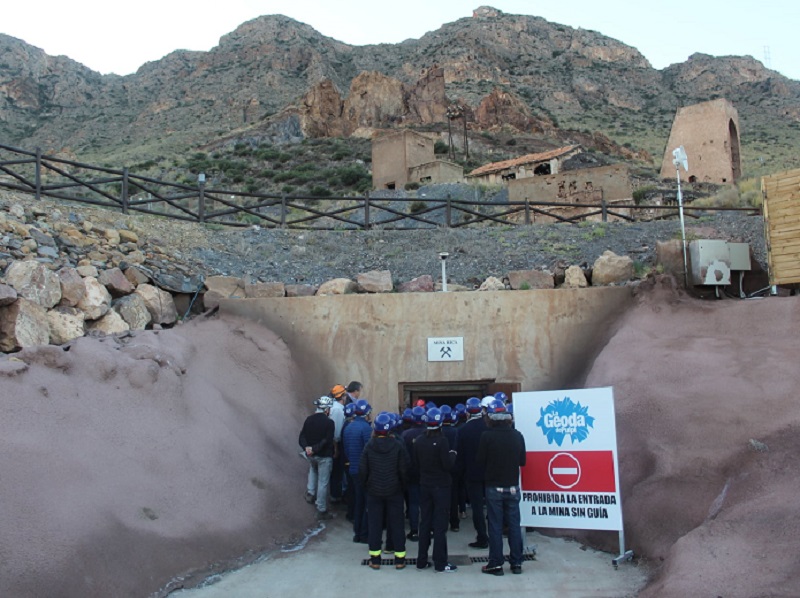 PULPI Council is hoping to reopen its giant geode to the public under the lockdown de-escalation.
The geological marvel is one of the biggest gypsum crystals in the world, and has attracted some 40,000 visitors since it was opened up to the public for guided tours at the beginning of last August.
At January’s FITUR international tourism fair in Madrid the geode was promoted as one Almeria Province’s most important natural attractions, and a big hope for developing inland tourism.
The Rica mine housing geode has been closed since the end of February for improvement works, and the local authority is now looking towards the future to see how it will be possible to resume visits to the natural monument before too long.
“We are considering reducing the groups and spacing them out, for which we would have support guides. It’s all still just on paper at the moment,” Pulpi mayor Juan Pedro Garcia told Spanish press.
As it was, group numbers were limited to 12, and the mayor believes it is plausible to reduce this still further in order to reinforce safety measures in the context of the coronavirus health crisis.
Works on the geode mine, which Garcia said are now finished, included the installation of a lift, which goes down 15 metres to a second level, and adapting a new gallery.
The mayor said now it is a question of waiting until it can be opened with the “maximum health guarantees,” but added that he believed the very characteristics of the mine mean measures such as social distancing can be adopted relatively easily.
Commenting more generally on the Covid-19 crisis situation in the municipality, Garcia highlighted the fact that Pulpi has had “practically no infections, with just four cases, all of which have made a recovery, and despite the large number of movements around the municipality in order for agricultural sector workers to get to their jobs.”