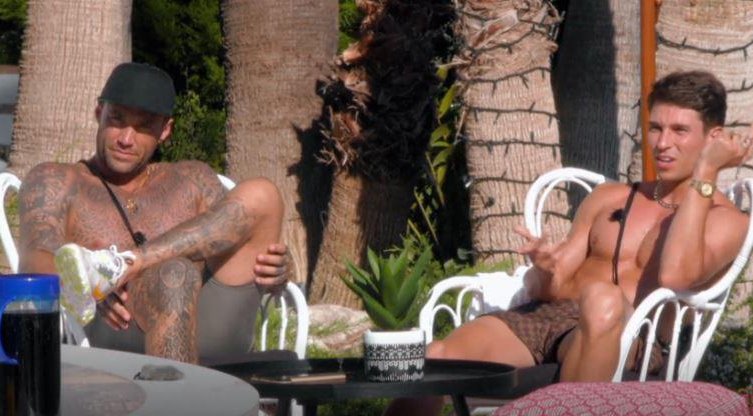 Calum Best and Joey Essex in the Villa Credit: Ex on the Beach screenshot

IN mid-2019, a friend of a friend gave the producers of MTV’s Ex on the Beach show details of expatriate psychic Alison Kynaston Jones who has a large retreat in the hills above Laguna Village, Estepona.

Researchers visited her to see whether her property would be a good location for a visit from one of the celebrity couples for a reading, but something amazing happened.

As soon as she spoke to the young female researcher she felt an immediate affinity and concentrated on the ring she was wearing, asking why it was an engagement ring when she wasn’t engaged.

The girl immediately broke down and said that it was her grandmother’s ring who had recently died and she had it altered to fit her as a permanent memory.

So impressed was she that she spoke to producers and Alison was invited to the heavily guarded celebrity house in luxurious La Zagaleta (Benahavis) to give readings to a number of the couples there.

She was amazed that there were 80 crew members, a full cast of celebrities and past lovers and even on site catering.

Georgia Harrison a former Love Island star and Ashley McKenzie currently the reigning British judo champion who is known as the Bad Boy Olympian was another couple she sat with and she was particularly impressed with Ashley.

She told American reality star Lateysha Grace who was there with actor David Mcintosh to ‘protect her heart’ which got her a dirty look and she read the tattoos of Love Island’s Michael Griffiths.

Her favourite however was Calum Best who was there with former girlfriend and kitchen designer Megan Rapley.

Alison said that “he was very spiritual and had a good soul.”

In the event, when the last episode in the series was screened yesterday evening (April 28), her contribution was not included but she isn’t too disappointed, especially as she was paid for her time.

Alison who gave up traditional work 12 years ago to develop her spirit and knowledge has honed her skills at a number of colleges including the London School of Psychic Studies, has been a psychic for 50 years and gives regular consultations at aurapsychic.com.

This is the fourth Ex series to have been based in the Marbella area and was made possible by the support of the Benahavis Tourist Board, but sadly the State of Alarm came at just the wrong time to attract those who were impressed by the lifestyle this part of the Costa del Sol offers.