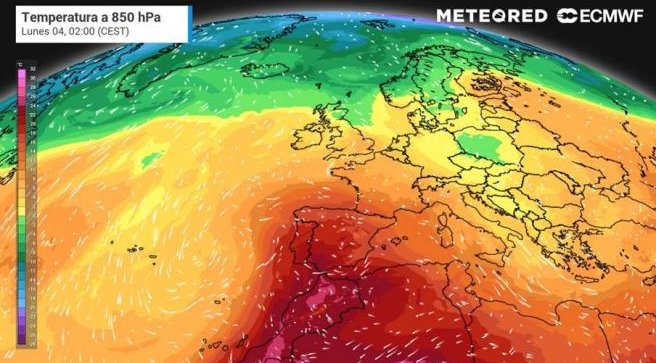 THE month of April has been atypical weather to what Spain has normally experienced in other years as it has brought an abundance of rain. So much so, that in some parts of the country historical records for rainfall have been broken. However, what we can expect in May will be quite the opposite with very summery and high temperatures.

According to an analysis by the metrological expert, Francisco Martin, temperatures will rise significantly next weekend and continue to climb over the weeks. Temperatures of 33 and 25 degrees are expected to be reached throughout the country, and by Monday, May 4, some thermometers are due to mark 37 degrees in interior and southern regions.

Costa Blanca and Costa del Sol are set to experience temperatures around the 25 and 26 mark next week whilst interior regions like Jaen (35 degrees) and Sevilla (37 degrees) will experience even more heat.

In addition, heat wave is approaching, although with certain differences from the typical heat wave experienced by Spain. Martin explains that this will not be considered a “heatwave typical of the hot summer months, it would be more appropriate to call it a premature episode of very high temperatures.”

Regarding the impact of temperature on the virus, there are more and more studies that determine that there is a correlation between temperatures and the speed of the spread of this virus. A study carried out by AEMET and the Carlos III Health Institute indicates that the higher the temperature and humidity, the lower the incidence of the virus, without forgetting that contamination is also an essential influence.

According to Meteored climatologist Samuel Biener “it is possible that the meteorological conditions of the next few days will help the slow the rate of contagion,” although he warns that this “will be reflected whenever we do our part” to ensure responsible behaviour in the face of a pandemic.

Lastly, a positive factor that has been trending since the beginning of the State of Alarm is the paralysis of high pollution levels. It should be noted that urban pollution values are now between 40 per cent and 60 per cent lower than normal values for N02 S02 and microparticles.