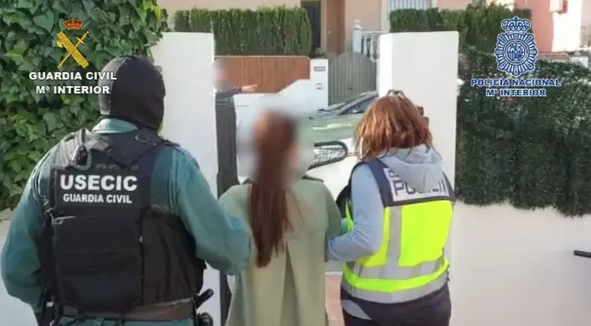 Guardia Civil and National Police officers in the Costa del Sol have dismantled an organisation made up entirely of Chinese citizens who have been charged with organising a criminal group, drug trafficking, fraud in connecting to electrical power, falsification of documents, robbery with violence and intimidation, robbery with force and illegal immigration.

IN total 19 individuals have been arrested and 13 of the detainees have entered prison.

This operation began when officers of the National Police in Antequera intercepted several postal packages which were destined for Italy and contained marihuana.

At the same time, officers of the Guardia Civil were investigating an indoor marihuana plantation which they had discovered in the town of Mijas in Malaga and in an attempt to uncover these crimes, the police forces joined to create a formal investigation.

After several weeks of investigation, police determined that the criminal group had several homes and industrial warehouses that they used as illegal plantations. Each plantation had people in charge of surveillance and maintenance, including 24-hour caretakers, living in poor sanitation conditions and even sleeping on the floor, all under the tight control of the criminal group leaders.

The work of the sniffer dogs in this investigation was crucial to find the narcotic drugs buried between soil and mud at a depth of 1.50 metres.

The aforementioned criminal group would build tunnels from inside the buildings to access the electrical wiring between public lighting manholes and use this to fund the necessary electrical force needed for the cultivation of marihuana, thus concealing any possible inspections by the electricity companies.

This method was described by investigators as very ingenious as it conceals detection very efficiently.

When travelling the criminal group also took various security measures into consideration such as using rental vehicles which they acquired from different companies and parked in different places in order to hinder investigations and avoid detailing the locations of their plantations of their own homes.

Likewise, they used the supposed identity of caretakers to formalise the lease contracts where they installed the plantations, thus avoiding any personal responsibility.

State security forces were already aware that Chinese nationals were beginning to engage in this type of illegal activity, which until now was currently common amongst other nationalities.

According to officers, these criminal groups are characterised by their secrecy and internal control, which makes it difficult to locate and investigate them.

In the operation they have made a total of 10 registrations including locations such as Malaga, Fuengirola, Colmenar, Manilva and Alhaurin de la Torre.

In total 9,000 marihuana plants have been intervened from a total of four indoor plantations, alongside €19,000 in cash, four vehicles, forged passports from the People’s Republic of China, material for the falsification of documents, numerous tools for the production, packaging and distribution of drugs and mobile phones amongst other material.