Majority of Bars and Restaurants in Spain, Including Costa del Sol and Costa Blanca, Won’t Open on May 11 – Here’s Why 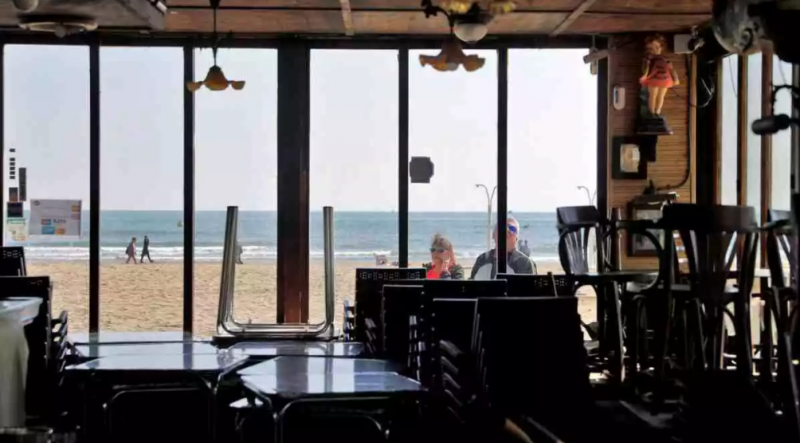 The de-escalation plan proposed by the government outlines that: on May 4, restaurants may reopen to offer take-away food and, on May 11, businesses with outdoor terrace spaces can reopen but only at 30 per cent capacity. Two weeks later and restaurants can begin serving inside, once again only at a limited capacity, 50 per cent, but also with reinforced security measures and safety distances.

The hospitality sector, which encompasses over 300,000 businesses across Spain and equates to around 6.2 per cent of Spain’s GDP whilst employing around 8 per cent of the workforce, has expressed their fierce discontent with these measures.

This is especially true for Small and Medium-Sized Enterprises (SMEs) who will not be able to turn a profit or sustain opening at only 30 per cent capacity as the costs will outweigh the benefits. Not only this, but the uncertainty of measures accompanied by the reopening of businesses is another stab in the dark for this sector, as they may worry what reopening will mean for financial mechanisms in place like ERTEs.

“It’s impossible to maintain the employees with the ridiculous amount of uncertainties there are regarding the reopening of businesses. If I only have nine tables, of which I can only use three and I won’t be bringing in 30 per cent of what I used to bring in when I could operate at full capacity, it’s simply not proportional” highlights Simon Alfaro, a business-owner in Madrid. “This plan is unviable for the hospitality sector and even worse for small business owners.”

This sticky situation is even felt in popular tourist destinations like Costa del Sol’s Fuengirola which is home to hundreds of bars, as Ben Watson explains that opening at a time like this will be almost impossible especially considering his need to “keep up with the rental payments” and the lack of “banks willing to help” so that he can buy stock and re-open.

Gina Williams, a business owner in Calahonda has similarly found no help from either “Spanish and English banks” who won’t provide financial help through “loans or overdrafts,” thankfully Williams has a lenient tenant who has given her a three-month grace period.

Another owner of two bars in Madrid, Javier Garcia, has confessed his desperation: “We don’t know what to do… if we should open or not… We’re also unsure of whether you can skip Phase 1 and directly jump to Phase 2 (opening the interior of the business with a 50 per cent limit on capacity), which is something more realistic,” explains the businessman.

Alberto Arroyo, the owner of an establishment in Puertollano has also criticised the government’s handling of the situation, he explains that “in reality they take away more than 70 per cent of your business, because they’re not only including the terrace, they also count the interior. Two tables do not make up 30 per cent of your business. We will have to open with an enormous psychosis and not knowing how people are going to react. It’s best to wait,” he assures.

Choosing to reopen and lifting the state-issued ERTEs also constitutes as an added risk, Jose Antonio Aparcio the president of a Hospitality Platform in Plaza Mayor has said that taking the business out of an ERTE will sky-rocket his costs, which will be more than what 30 per cent of his capacity could ever bring, and will potentially mean the closure of his business.

Whilst many other bar and restaurant owners have admitted to being in the same situation we have respected their wishes about not being quoted.