Covid-Free Villages in The Mountains But Cases on the Coast: The Downsides of De-Escalating By Provinces for Malaga’s Costa del Sol 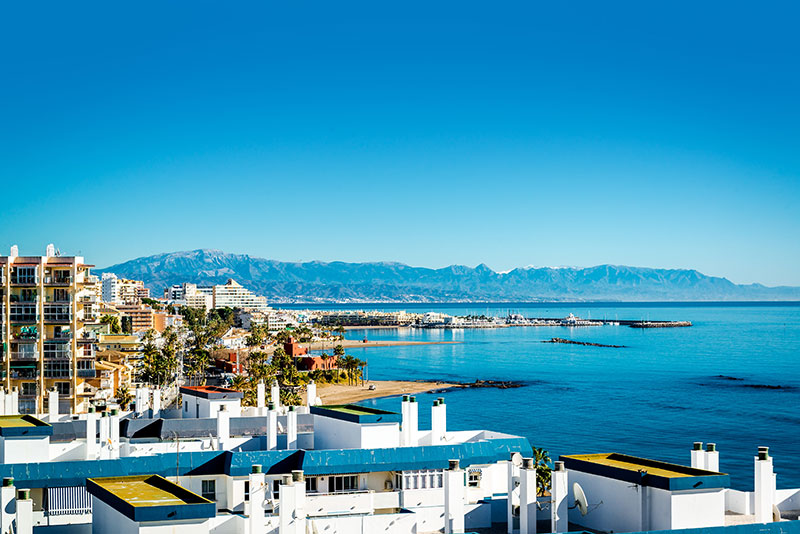 Costa del Sol’s Benalmadena has 111 confirmed cases of the coronavirus and 10 deaths in total out of its 70,000 inhabitants, however another town located in Malaga’s mountains, Gaucin, has not counted a single case amongst its 1,600 inhabitants.

BOTH are municipalities of Malaga, however they both have very different realities and will potentially come out of confinement at the same time if the criteria for surpassing phases by provinces prevails.

Pedro Godino (political member of the PP party) is the mayor of Gaucín. His plan of action? They have controlled the entrances and exits with an arch, five metres high and four metres wide, that disinfects all the vehicles circulating through it with chlorine and water. “This reduces the possibility of the coronavirus bug reaching the town,” he explained.

The shops close in the afternoon and the confinement is enforced “strictly.” He says that de-escalation “should not be done quickly” as we should not “run before we can walk.”

The town of Gaucin also lives off of tourism as its population triples in the summers. Without foreign tourists coming to visit in 2020, they plan on advertising themselves as a “Covid-19 free zone” which they hope will help “sell” an image of “low risk in comparison to the coastal zone” of Malaga and attract customers.

Godino admits that there are vast differences amongst the regions within Malaga. Especially when looking at the white towns, and the small villages or towns between Malaga and Cadiz. In this area there are a handful of towns who have 0 cases of coronavirus including Benadalid, Júzcar, Montejaque, Montecorto in Málaga, or Zahara de la Sierra – in la sierra de Grazalema – and El Bosque, with no cases, in the province of Cádiz.

On the coast, the panorama is slightly different. Containment, social care and fiscal measures is what best describes the situation on the coast as they focus on collective help and a contingency plan to fight for the day after Covid-19 is over.

This is how the initiative has been described and summarised when analysing Benalmadena’s fight against the coronavirus; and they have reaped the rewards, as it has been named the municipality which best respects quarantine from the entirety of Spain.

Benalmadena has a budget of €110 million and a surplus of 20 per cent that the State can use to allocate to social services. The mayor, Victor Navas, points out that much of the remanding funds will also be used in an investment plan to revitalise the local economy, modify budgets and adjust employment plans.

And although Benalmadena still records high levels of contagions regarding the Covid-19, they are much smaller when compared to Alhaurín de la Torre, Rincón de la Victoria and Malaga centre.

In this province, which now concentrates an index of 30.4 cases per 100,000 inhabitants , the rush of passengers travelling through the AVE station and at the airport has been continuous, these travel hotspots are the main ones in Andalucia and the third most important in the Peninsula. This has made it the breeding ground for infections, which initially accounted for 70 per cent of cases in all of Andalucia as a whole.