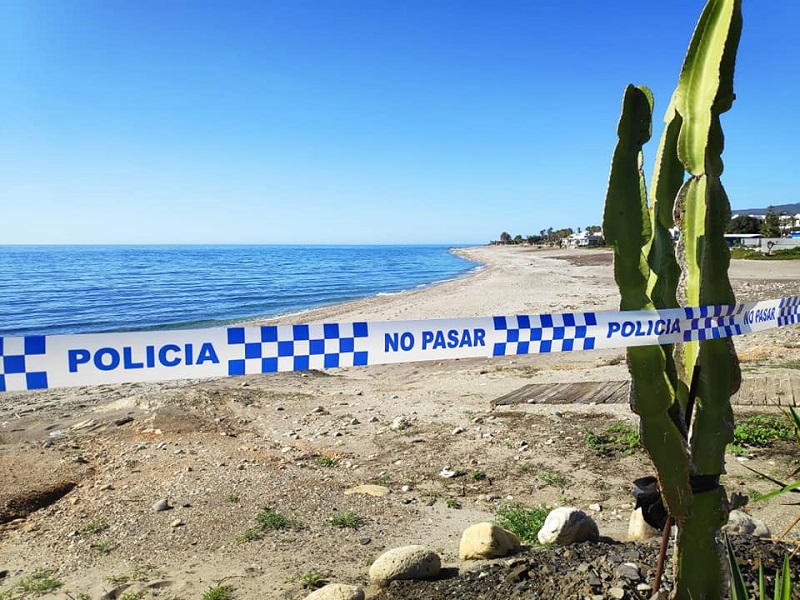 WHILE Vera Playa’s beaches have reopened for residents’ daily dose of fresh air and exercise, Mojacar Playa’s long stretches of sand have not, a matter which has sharply divided local opinion.
Mojacar Council’s reminder that for the moment the beaches remain out of bounds even though the seafront promenade has opened again today, on what has been the first chance to go out for an hour’s fresh air and exercise after seven long weeks under Spain’s strict lockdown, prompted a lot of comments.
“The truth is I did not understand it when they closed the beaches and I still don’t understand it. What is the difference between walking on the pavement and on the sand? Fifteen kilometres of coast for less than 6,000 inhabitants is not so difficult,” wrote Joaquin Oiz.
PE Duarte feels much the same.
“I don’t really understand how you go anywhere in the municipality and not the beach. It doesn’t have a logical explanation,” he believes.
Emma Morgan says it would “make more sense” to let people walk and exercise on Mojacar’s beaches, pointing out that in Vera, where it is possible, “the promenade does not get full up and this helps in maintaining a distance.”
But others have concerns about what might happen if Mojacar’s beaches are opened up to public at this time.
Elizabeth A Morgan fears it “might result in an influx of visitors from outside our area.”
“Please keep the beaches closed,” urged Jeanna Sales and Graham Carter.
Others think it’s important to hang on just a bit longer until people can enjoy Mojacar’s beaches once again.
“It seems to me that you have to respect the rules; we have a lot at stake,” comments Lydia Ramis.
“There will be time to walk along the beach. Right now it’s about complying for everyone’s sake.”
Yet even though it is forbidden to go onto Mojacar’s beaches for now, not everyone has been respecting the ban.
Mojacar Council posted an image today of a couple strolling along the sand, and by all accounts they’re not the only ones to have flouted the restriction.


“Every day from home we see people walking on the beach,” reported Esther Rubio Pues, while Christine Knox said there had been people walking their dogs on the beach near her home and that a family with children have been going there every day.
“Responsibility… standing out for its absence,” responded Massimiliano Traini.