Race to the top of one of Europe's tallest hotels in Benidorm on Spain's Costa Blanca, which attracts athletes worldwide, is called off 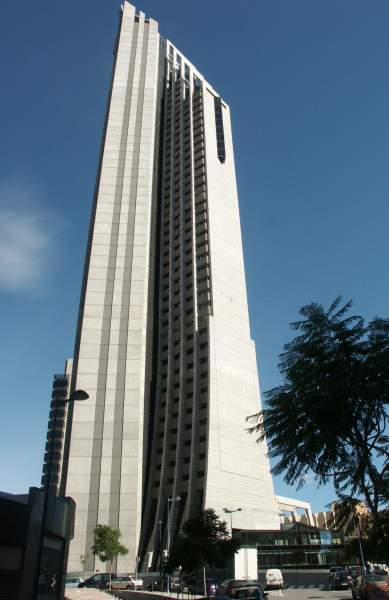 CALLED OFF: Race to the top of Gran Hotel Bali in Benidorm cancelled due to coronavirus pandemic. CREDIT: Wikipedia

The prestigious annual vertical ascent of the Gran Hotel Bali in Benidorm on the Costa Blanca, which draws world-class athletes, is one of the last sporting events in Alicante province to be cancelled.

THE event, included in the Towerrunning World Circuit Association, scheduled for June 13, is hailed as one of the “most exciting and original” competitions on the continent.
But the organisation has confirmed in a statement it won’t take place this year due to the coronavirus pandemic.
“We apologise for any inconvenience that may have been caused and trust that all of you understand that the decisions have been taken with care and prudence, as advised by health authorities and common sense,” it reads.
The Vertical Ascent to the top of the Gran Hotel Bali, which for the last 16 years has attracted more than 500 athletes from around the world, was one of the only events in the sports calendar of the province of Alicante that had not yet been suspended.
The race is “a meeting for the best-trained athletes in vertical kilometre climbing” and sees athletes run up the 924 steps of the 52 floors of the 186-metre high hotel, one of the highest in Europe, at 15 second intervals.
The Benidorm competition is part of a world tour in which several of the most important buildings on the planet are climbed, such as the Empire State Building in New York, the Eiffel Tower in Paris, the World Trade Centre in Hong Kong and the spectacular Tower Taipei 101.
Others are located in Canada, Austria, Germany, Poland, Australia, England, Switzerland, Mexico and Brazil.