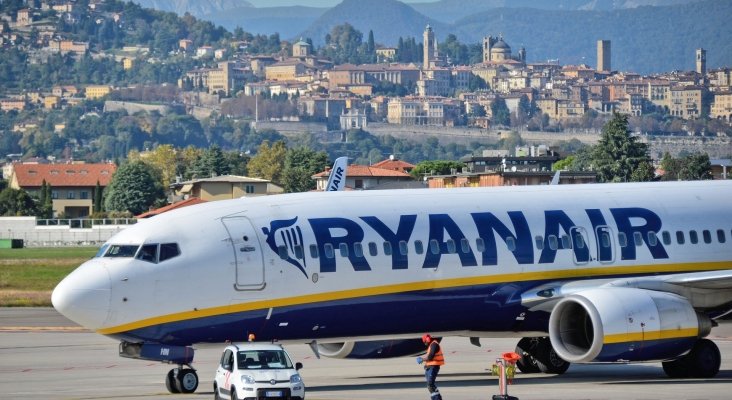 The Irish ‘low-cost’ airline foresees a destruction of at least 3,000 jobs and a salary reduction of up to 20 per cent for employees.

THE coronavirus crisis has been an absolute catastrophe for airlines. In order to prevent the spread of the disease, most countries have strictly monitored borders and imposed travel restrictions which has seriously collapsed the demand for travel and succumbed the sector to an almost complete paralysis.

Given this scenario, low-cost airline Ryanair, via a letter signed by CEO Eddie Wilson, has addressed its entire team and communicated its plans for recovery from the paralysis of activity, which includes the destruction of jobs, salary cuts and the reduction of routes, amongst other measures.

The situation of the Irish airline, considered to be the pioneer of ‘low-cost’ airlines, jeopardises individual flights, that is, those which do not form part of a holiday package, which puts at risk other services that are in tune with this way of travel, such as holiday rental homes.

The airline does not expect to recover pre-pandemic passenger volume until the summer of 2022 at the earliest. “Therefore, it will adjust its operations to a “weaker demand” once the restrictions on travel are lifted and a sense of “normality” is gradually recovered.

In this way, it expects to operate fewer aircraft in the summer and winter of 2020, a situation that will repeat itself in the summer of 2021 “onwards.” More specifically, it has affected its review of growth plans and aircraft orders, as they aim to reduce the number of deliveries they initially had “planned for the next 24 months.”

This reduction in demand will “unfortunately” mean the loss of up to 3,000 jobs , as well as salary cuts of up to 20 per cent, which could become effective from next July. Ryanair also plans to close several bases across the European Union.

In this sense, Ryanair emphasised that negotiations with the unions who are representing the pilots and cabin crew will begin as of this week, although the cuts will also affect the personnel in central offices.

In this area, Wilson highlighted the state aid that some of his competitors are receiving, which range up to the million mark, as something that places Ryanair at a great disadvantage, which he called a “challenge.”

Wilson considers that state granted aids will allow airlines to offer cheaper tickets, with the aim of attracting clients whose confidence in travel will be “affected by public health restrictions.”

Specifically, he gave as examples the cases of the Lufthansa Group, Air France-KLM, Alitalia, SAS and Norwegian and assured that he will challenge his “illegal” bailouts before the EU courts, “to protect fair competition in the European market of aviation.” As a consequence of these state aids, Ryanair has called on the governments of the EU Member States to reduce passenger taxes, such as airport charges.

A full recovery of activity, according to the airline, will depend on whether EU governments lift travel restrictions in late June or early July. By then, Ryanair does not expect to operate more than 40 or 50 per cent of the usual levels of July and August, a factor that will be subjected to consumer demand.

Ryanair may not even be able to include one of it’s post popular destinations by this summer, as Spain’s government has outlined that it is doubtful that they will include international tourism into their de-escalation phase so soon after the peak of the crisis. Although the president of the Canary Islands is more optimistic that they will receive tourists from August, the rest of the peninsula is not as sure, despite tourism being one of the most important sectors for areas like Costa del Sol in Malaga and Costa Blanca in Valencia.

Regarding future prospects, the ‘low-cost’ airline pointed out that the uncertainty generated by this crisis prevents it from offering forecasts for the fiscal year, which ends in March 2021. For the first quarter, however, it has registered a loss net exceeding €100 million.

“The next 12 months in particular will be very difficult. Rest assured that we will do everything in our power to minimise the impact of this unprecedented crisis on jobs, but unfortunately the new landscape of our industry, with the reduced activity means less employment for our crews” concludes the letter signed by Wilson.