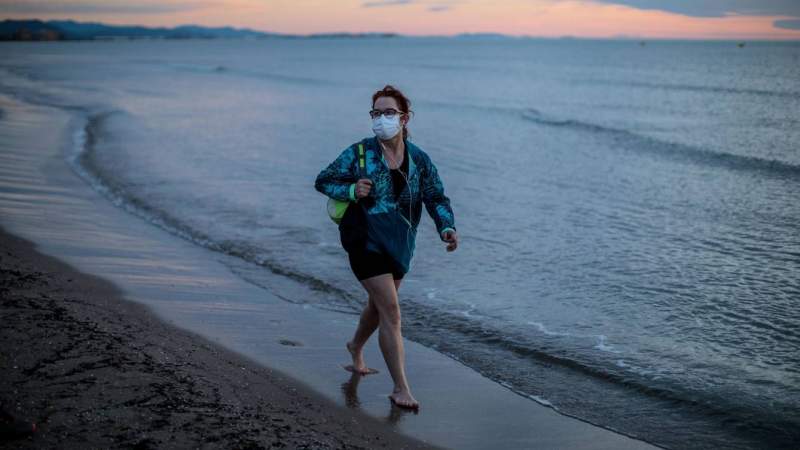 So far, there is no scientific evidence that explains whether the coronavirus can be transmitted through swimming pool water, sea water or beach sand.

THERE is no scientific evidence worldwide to date which can explain whether coronaviruses can be transmitted through swimming pool water, sea water, or even through beach sand. Chlorine and salt are believed to kill it the virus, but there is currently no evidence to guarantee this.

For example, the entrepreneurs involved with hotels, campsites and spas, want to know if they can open their swimming pools with the guarantee that their clients will be safe, and this is an issue that has repeatedly surfaced. This has especially been poignant during the meetings between the different tourism sectors which have been held over the last few days with the Institute for Spanish Tourist Quality and its president, Miguel Mirones.

Mirones explains that they have “conveyed [their] need and [their] concern to the Secretary of State for Tourism and in coordination with them [they] have commissioned the CSIC to study whether the coronavirus can be transmitted through the sand on the beach, the sea water, or the swimming pools,” explains Mirones.

For example, Mirones explains that “if the virus were spread through the sand on the beach, then protocols would have to be designed to see how the occupied area could be disinfected.”

But of course, these measures all depend on the results of the research undertaken by the CSIC. In the meantime, concrete decisions cannot be made. The researchers know about the rush to find a solution because the plan is to open the hotels in late June and early July.

The government is waiting for this report in order to study how they will reopen beaches and pools. Miguel Mirones prefers to be prudent: “I don’t know what they will do. I know what I will do as a businessman and owner of a spa. Until I know the results, I will not make a decision. Not even if I was allowed to.”

The fact that there is not a clearly published and approved standard yet has caused many entrepreneurs to develop their own imagined measures of social distancing to try and be prepared to open their businesses when the time comes.

However, Pedro Sanchez has said, “I would ask you to have a little patience. Soon all the details will be known and maybe there are people who are spending money on measures that will not be useful later or which could later be implemented in a cheaper way.”

The first protocols to be completed will be those of the restaurants, hotels, spas, campings, rural accommodation, travel agencies, hotels, hostels, museums and tourist offices sectors. Although the Secretary of State has given them until May 15, Mirones believes that they will possess the hygienic-sanitary protocols for the entire tourist sector by May 9.

They have held several sectoral meetings on a daily basis. This is where all the agreed proposals come from. “For example, for hotel breakfasts we present different proposals. The customer will not have access to the food as before. It could be an assisted buffet where an employee is serving each of the clients what they ask for. We also propose the possibility of ‘single-dose,’ that is to say that in each area of ​​the buffet there are dishes previously prepared and covered that the client can then choose.”