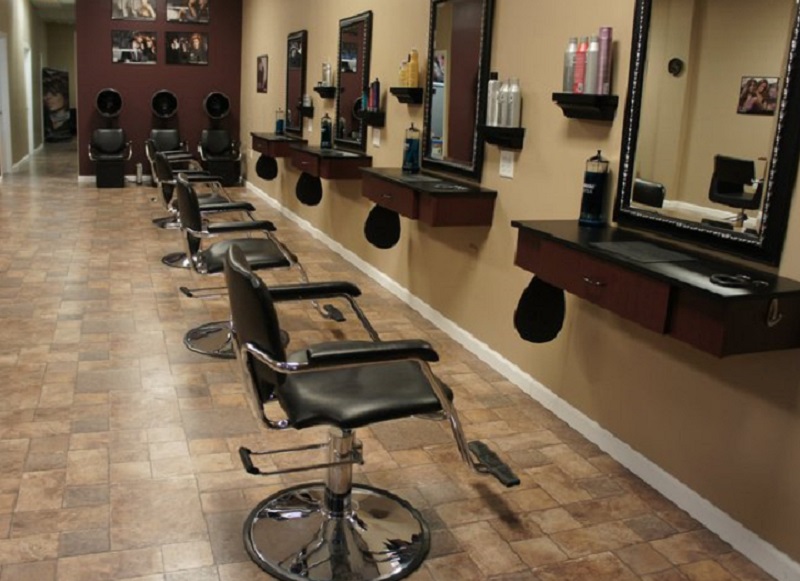 WAITING: Mallorca’s business associations reported that many of their members would not open their establishments until phase one of the lockdown de-escalation begins next Monday. CREDIT: commons.wikimedia.org

ONLY around one in three hair salons and virtually no other businesses opened their doors on day one of the lockdown de-escalation in Mallorca on Monday.
This was according to the PIMEM Mallorca federation of small and medium-sized businesses.
PIMEM said that yesterday, the first on which sectors like trade, beauty and hospitality were allowed to start functioning again since the State of Alarm came into force in mid-March, had been one of  “caution and doubts,” and that “very few” businesses had started up again.
In Palma, “only the hair salons which have managed to get personal protection equipment and which have been able to have the obligatory social distancing have opened,” Grepels Gapb hairstylists’ association vice-president Rafa Rubio told Spanish press, but he predicted the number would increase over the coming days.
Rubio also pointed out that the salons which are open do not have many clients as establishments can only now attend to one client per employee and it must be by appointment.
Some 45 per cent of the city’s beauty centres are expected to open this week, mainly those with just one employee, the ASINEBA aesthetic centre association president Emilia Pascual reported.
She said the hope was they would nearly all be open next week.
Where bars, cafes and restaurants are concerned, the PIMEM’S hospitality sector president Eugenia Cusi said the authorisation to do takeaways was not having much of an impact and not many businesses were offering the service.
She commented that the number of establishments offering a delivery service was increasing as “a more viable option in terms of the business’s success,” but added, “this does not help to ease the serious economic effects of Covid-19.”
She called for “better health measures” with mass testing in bars, cafes and restaurants to ensure “safe opening” and to help a gradual recovery.
The president of the PIMECO Mallorca association of small and medium-sized traders, Toni Fuster, maintained that none of its members businesses opened on Monday except hair salons due to the requirement to make an appointment.
“No-one has made an appointment to buy a sweater or a shirt,” he remarked.
Fuster said there had been an increase in the number of establishments operating and selling online, but said the figure was “very low.”
Both PIMEM and PIMECO said the majority of Mallorca’s businesses are waiting until May 11 when phase one of the de-escalation begins to restart their activities.
Meanwhile, the president of the CAEB Balearic Business Association Confederation Carmen Planas criticised the “confusion, doubts and inability to make opening profitable” under the phase zero of the confinement easing, saying it meant 90 per cent of businesses which could open have decided not to.