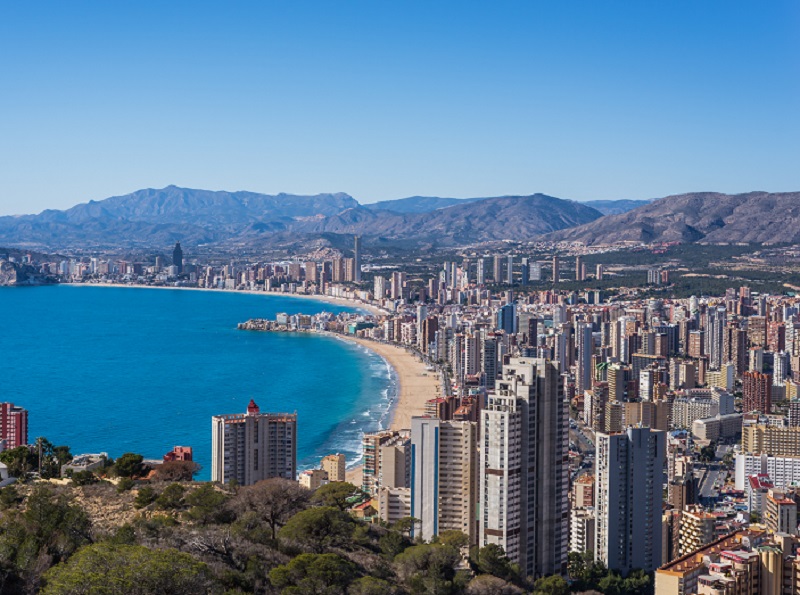 Positive tourism data has emerged for Costa Blanca’s holiday resort Benidorm, which shows the number of bookings outweigh cancellations for the first time since the pandemic began.

IT’S a slow trend, but according to tourist consultant, Mirai, the data from last week, when the phases of deconfinement were announced, show holidaymakers appear to have been encouraged to plan their summer holiday.
For Benidorm, June is completely lost says the firm which specialises in direct hotels sales ‘online.’
July could have a similar fate, something that will be seen in the coming weeks as the pandemic evolves and the measures to be adopted are revealed in detail.
However, in contrast to the pattern since the confinement restrictions eliminated any possibility of travel, the August figures show a positive trend is emerging, according to the behaviour of the buyer in the 18th week of the year.
For the first time, the number of bookings is higher than the number cancellations, as detailed in the table below. 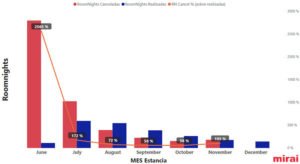 The red column represents the number of hotel cancellations in Benidorm on a weekly basis, and in blue are the number of reservations for the same period of time.
While it doesn’t show a significant hike, Mirai notes that it does indicate a change in the sector towards a more positive scenario.
According to the consultants, most of the bookings taking place come from the domestic market, due to the fact that at the end of June, as things stand, it will be possible to travel between provinces in Spain.
This means domestic holidaymakers have more of a guarantee of travel.
Consumer trends show Spaniards plan their trips with little time in advance, and with the summer around the corner, this pattern could continue over the next few weeks.
This, says Mirai, is a different story to that of foreign travellers, who account for the majority of cancellations due to overseas travel restrictions.
Sources at Mirai indicate that the problem is not down to a lack of supply or demand, nor is it the fault of the airlines.
The latter, they point out, want to operate as soon as possible to obtain liquidity, and hotels have indicated they want to reopen but with clarity and safe in knowledge there will be enough clientele to make it viable.
For these reasons, Mirai claims the sector depends on the government and other administrations “to take concrete measures to reactivate the demand” and with it, tourist activity.
Mirai predicts international tourists “will be directing their reservations in Benidorm for the months after the summer season and even 2021.”