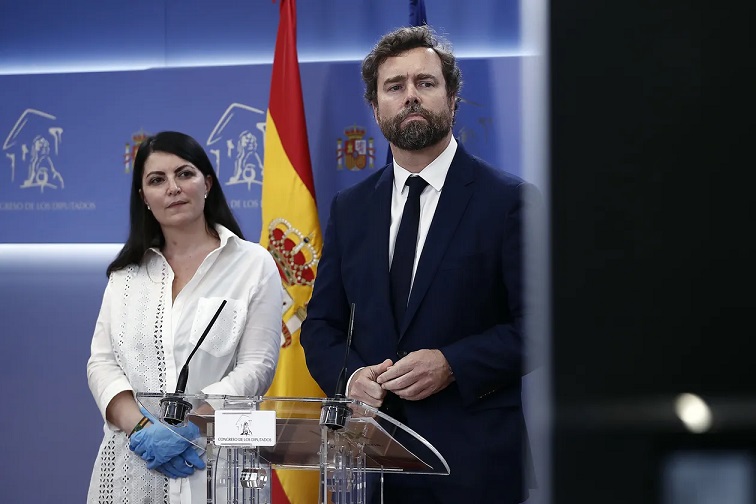 The deputy secretary for Vox filed complaints with the Madrid Magistrate’s Court yesterday and asked for police action regarding a host of charges aimed at ministers involved in the procurement of medical equipment needed for the coronavirus epidemic in Spain.

The alleged crimes are for prevarication, embezzlement of funds and public flows, and fraud. Vox indicates that, following the approval of Royal Decree-Law 7/2020, of March 12, which takes urgent measures to respond to the economic impact of the coronavirus, a series of contracts have been concluded: “in the most irregular way.”

They asked the court to consider that poor and irregular contracting is not justified, the costs of the equipment purchased was much higher than the market price, and made by companies without technical or professional experience in the sector. In addition, they point out that it was done without giving the administration sufficient notice.

The leader of Vox party, Santiago Abascal, explained that, under urgent conditions, the applicable regulation “lowers the requirements of contracting under the ordinary regime, but does not eliminate them, much less allow arbitrary contracts to be made” or without following the minimum standards that impose security criteria in contracting and may incur criminal charges.

Abascal said that a company, INGESA, had made 56 contracts, “many of them with awardees in which their tax identity or any establishment in Spain is not recorded, which makes their identification, location, and inspection impossible” – in other words, it is implied that they are “ghost companies.”

In total, between March 13 and April 30, sanitary purchases had been made for a value exceeding €310 million. In addition, Vox highlights that there are 12 contracts awarded to companies that have no previous experience or have ever dealt with the Administration before.

Based on these findings, Vox requests the Investigating Court to proceed to the interrogation of the defendants and to identify the people who have intervened in these processes.

They request for all signed contracts referring to the 12 contracts; delivery notes, invoices and cargo documentation for each award; supporting documents for payments; AENA documents that prove the flight registration, cargo and merchandise registration, flight plan of those expressed in the award Covid20 and Covid26; and that the customs documents of the cargo be provided.