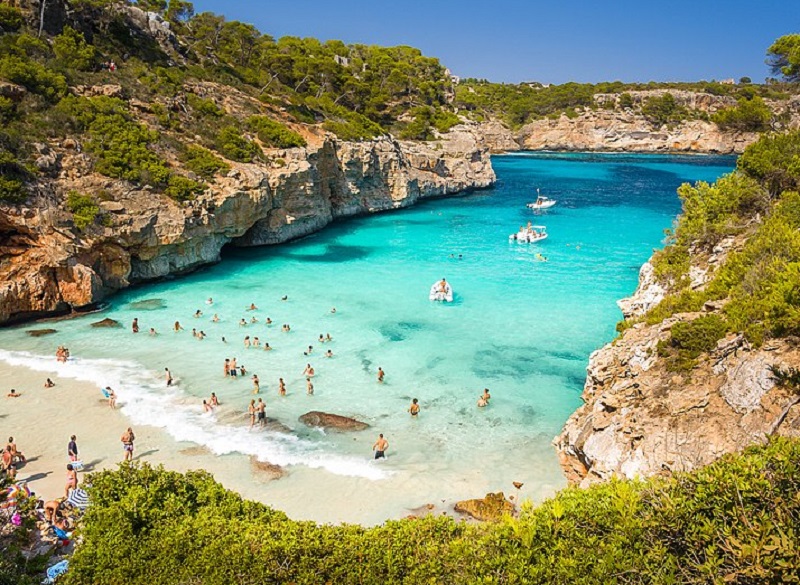 STEP FORWARD: The ACH president believes tourist number will be quite low to begin with, but will at least allow the hotel sector to get going again CREDIT: Tommie Hansen en https://flickr.com/photos/[email protected]/23899506181

MALLORCA’S hotels are aiming for the first foreign tourist arrivals at the beginning of July.

The ACH Hotel Chain Group and the FEHM Mallorca Hotel Business Federation have been in talks with German tour operators TUI, Alltours, FTI amd Schauinsland and British companies TUI UK and Jet2 to firm up agreements on making the goal of getting visitors back on the island this summer a reality, Spanish press reports.

“The aim is to be able to open the hotels gradually and always when demand justifies the business effort,” commented ACH president Gabriel Llobera.

The ACH president said Mallorca’s hotel sector and the tour operators have a mutual interest in getting tourism in the popular holiday destination back up and running following the coronavirus crisis de-escalation process.

The news comes in the same week that Germany’s tourism chief said he believed Germans might be able to take summer holidays in Mallorca this summer.

Federal tourism commissioner Thomas Bareiss told Der Tagesspiegel newspaper on Tuesday that if the coronavirus pandemic remained under control it would be possible to relax travel restrictions on citizens in the next four to eight weeks.

The Mallorca hotel sector is hoping that as well as Germans, tourists from Switzerland, Austria and Denmark could be holidaying on the island in July.

Llobera said the tour operators will programme trips with the support of the airlines and in full compliance with the health protocols imposed on travel.

He also said flight reservations would be made in advance “to find out what the demand is and to programme flights as necessary.”

He added, “at this time we are certain they will not be a lot, but will at least allow for the reactivation of the tourist industry, which been paralysed since mid-March.”

Both associations reported that the governments of the potential visitor markets will be asking the Spanish and Balearic governments for the mandatory permits allowing authorisation to reopen Palma airport to international traffic in the specified conditions.

The ACH president said health checks on tourists will have to be carried out in their countries of origin before they travel to Mallorca and that all hotel staff at open establishments will have to have rapid tests for Covid-19.

“Health safety is essential, because the image of the Mallorca destination in Europe rests on this,” Llobera commented.