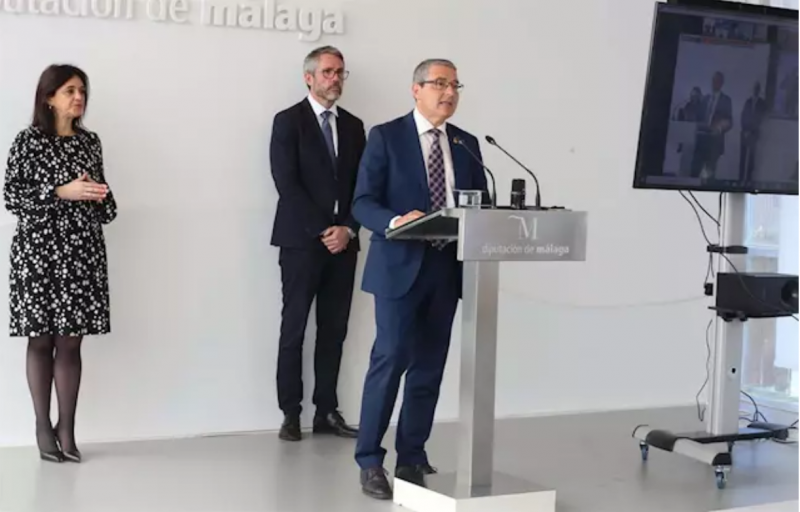 THE President of the Council of Malaga and Costa del Sol’s Tourism, Francisco Salado, has demanded that the central government clarify whether it has reached an agreement with the Canary Islands’ tourism sector as this was a demand on behalf of the Canary Coalition’s party when they voted in favour of the State of Alarm.

Salado has asked the government, and especially the ministers responsible for labour and tourism, to not create any more confusion within “a sector that is fundamental to the Spanish economy and which hundreds and thousands of workers depend on.”

Salado has stated this party politics would be “an inadmissible grievance, which the Costa del Sol will not tolerate” as it seems that in exchange for “votes from a nationalist party” only the workers from that “community [Canary Islands] and not those of the entirety of Spain” can be given priority in the troubling state of the tourism sector.

He even warned that the Malaga’s Deputation and the public company Turismo Costa del Sol are willing to take legal action against the government if they deem that their measures damage the interests of the Malaga tourism sector, its workers, and its companies.

Ana Oramas, the spokesperson for the Canary Coalition announced this Wednesday that after an early morning negotiation with the Minister of Development and Secretary of organisation of the PSOE group, Jose Luis Abalos, they reached an agreement to maintain the Temporary Employment Regulations Files (ERTEs) in the tourism sector of the Canary Islands until the international market returns to the islands.

This agreement was made in exchange for the political support of the Canary Coalition in the debate regarding the extension of the State of Alarm, in which the government’s support has been seriously wailing.

The president of the Malaga’s Deputation, stressed that it’s not safe for them to “meddle with the sustainability of thousands of families, and the future and economic viability of thousands of companies” who has reminded the government that Turismo Costa del Sol who is set to suffer losses of over €4 billion if the sector remains paralysed from March until the end of June.

For these reasons, Salado has demanded that the PSOE and Podemos Executive clarify with urgency whether these measures to support the Canary tourism sector will apply to the rest of the country.

“I demand the same treatment for the Costa del Sol that other tourist reliant areas receive. There can be no destinations that have preferential treatment depending on governing parties or votes needed to strengthen the Executive’s presence in parliament,” he emphasised.

Salado has also insisted that it is necessary to send a message of encouragement to the sector as they must continue working towards recovery when the quarantine is lifted.

Salado pointed out that “the tourism sector in the province of Malaga is showing an extraordinary attitude during the health crisis, so it would be discriminatory to allow the indefinite use of ERTEs in the Canary Islands whilst hotels remain closed, when the Costa del Sol is similarly suffering in this aspect of the situation.”

The president of the institution has stressed that the tourism sector in Malaga “is a fundamental sector for the economy of Malaga and for our labour market, which thousands of families in Malaga depend upon, to whom we will support with relief measures such as those announced for the Canary Islands because we must face this tough crisis with strength.

“Only in this way will we be able to continue to work towards being a world reference destination even in our most difficult moments,” stressed Salado, recalling the request he made to the Ministry of Tourism to lower VAT in the sector, just as Germany has.

The association in general has called for greater coordination, information and transparency with businessmen so that they can prepare their business ahead of time.