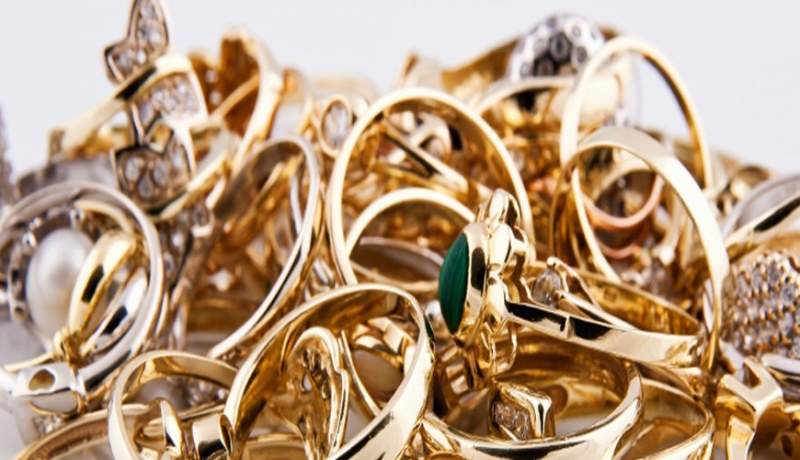 People across Spain are selling their gold to get access to much-needed cash amid the coronavirus crisis. CREDIT: Twitter

‘Buy and sell gold’ companies across Spain have reported a boom in business as a result of the coronavirus crisis.
MANY ‘buy and sell gold’ establishments were allowed to open their doors to the public ‘by appointment only’ at the beginning of the week in Phase 0 of de-escalation across Spain. Several owners have reported an unprecedented demand for their services, with huge waiting lists of customers desperate to sell their gold to get their hands on much-needed cash.
Many of these people are self employed or owners of small businesses who have simply run out of cash, according to some of these establishments.  “I’m not saying I’m blaming the government, but the promised help – particularly for the self-employed and small businesses – has simply not arrived for many,” stated Eva Maria, an owner of a buy and sell gold firm in Santiago de Compestela. “I’m getting calls from clients who have no choice but to sell their gold jewellery because they need cash to get by on as they have no money coming in.”
Maria said she “feels guilty” that she will “make money as a result of this crisis,” simply because of the business she is in. However, she said that she also needs to work to feed her family as they have had no income for two months. “I actually opened the doors to my business 11 years ago, in the middle of an economic crisis, but my business survived unlike others because I paid a good price for the gold, which right now is worth around €27/28 per gramme,” she explained. For her this crisis is reminiscent of the 2008 one, when signs and posters of ‘we buy gold’ suddenly became a common feature across many towns.
Cesar Lopez, the owner of another buy and sell gold establishment in Galicia, confirmed that he too has a long waiting list of customers desperate to sell their gold, but people can only access the store through an appointment because of de-escalation restrictions. “We have been busy all week. There are a lot of people who simply need access to quick cash and selling their gold items is one way to get it,” commented Lopez.